Zee Marathi Utsav Natyancha Award 2019: This Video Of Anjali – Rana Will Crack You Up!

What are Tuzhat Jeev Rangala’s Akshaya Deodhar and Hardeek Joshi upto? Watch the video inside to find out! 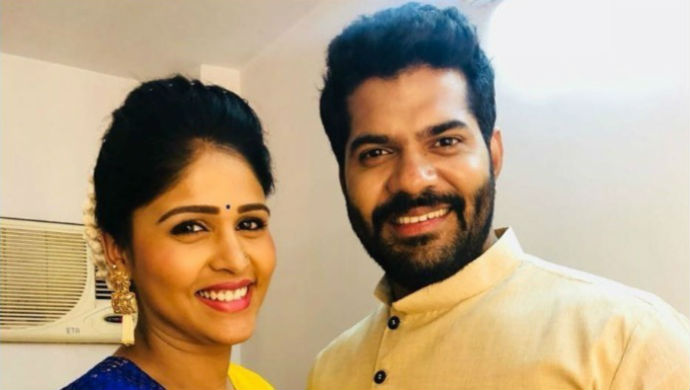 As you all know, the prestigious Zee Marathi Awards 2019 recently took place and will be telecast on October 20th. You will get to see performances by the leading stars of television including Abhijeet Khandkekar, Isha Keskar, Tejashri Pradhan, Nivedita Saraf etc. The list also includes Akshaya Deodhar, Dhanashri Kadgaonkar and Hardeek Joshi! You know them as Anjali, Nandita and Rana from Zee Marathi’s Tuzhat Jeev Rangala. The trio had been rehearsing for their performance and looks like the three had a super time during practice sessions!

We dug up a video of the cast members, acting goofy during rehearsals for the awards show. Check it out here!
Anjali Rana and Nandita are joined by Tejas Barve, who plays Samar in Mrs Mukhyamantri. We love how everyone is getting along here and having a crazy time here! What do you have to say about this video? Tell us in the comments section below and stay tuned for more updates here.

Catch all the episodes of Tuzhat Jeev Rangala, streaming on ZEE5 here.

Why Is Asawari Upset? Watch Agga Bai Sasubai On ZEE5!