What went down when leading stars Abhijeet Khandkekar, Isha Keskar, Amruta Dhogande and more got together for Zee Marathi Awards 2019? Read inside! 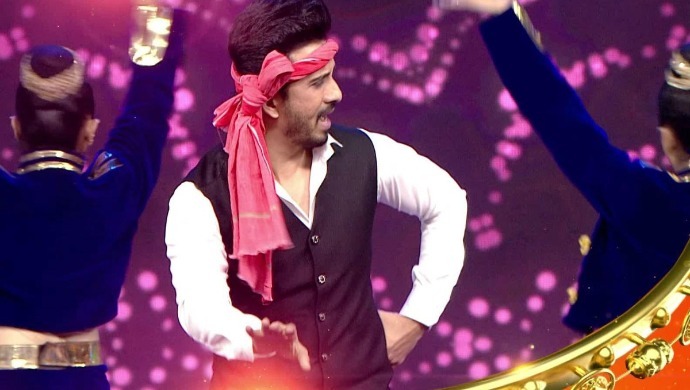 The much-awaited Zee Marathi Utsav Natyancha Award 2019 are being telecast and it is a grand and glamorous affair indeed. The leading stars of Marathi television attended the prestigious awards night and some of them performed on stage too! The list includes Abhijeet Khandkekar, Isha Keskar, Anita Date, Tejashri Pradhan, Apurva Nemlekar, Shreya Bugde, Nilesh Sable among others. From a dance off to mimicry to comic performances, Zee Marathi Awards 2019 had it all.

Here are all the performances that took place at the awards night.

1. Will the real Big B please stand up?

The night started with a bang, thanks to the epic performance put up by Abhijeet Khandkekar and Nilesh Sable. The actor, who plays Gurunath in Mazhya Navryachi Bayko, got together with the Chala Hawa Yeu Dya host, to pay tribute to Bollywood superstar Amitabh Bachchan! The actors played Big B and had a face-off. Who won? That’s for you to watch! Check out the promo here.

Isha Keskar and Amruta Dhogande had a dance-off, to prove who’s got more swag than the other. The actresses who play Shanaya in Mazhya Navryachi Bayko and Summi in Mrs Mukhyamantri put up an entertaining act on stage. So who got more points for swagger? Watch the promo here.

You have seen their sizzling chemistry in Ratris Khel Chale 2. The actor displayed the same, only a notch higher at the awards night! Apurva Nemlekar and Madhav Abhyankar put up a steamy act, that left the audiences in awe. They were joined by their co-star Shankuntala Naresh, who plays Anna’s wife Mai on the show. Check out the promo here.

Pralhad Kadturkar who plays Pandu in Ratris Khel Chale 2, put up a hilarious act with his co-star Madhav Abyankar. The actor introduced viewers to upcoming new show Lagnachi Wife Weddingchi Bayko, which will feature a character, hailing from London. Pandu was his usual goofy self as he tried to make Maria more familiar with our Indian culture. Lol!

5. Get down and do the Gallan Goodiyaan

For the final act, all the stars came together and performed on the popular Hindi song Gallan Goodiyaan from Dil Dhadakne Do. It was a pleasure to see the leading stars of Marathi television shaking a leg together!

Check out the videos above and tell us whose act did you like the most in the comments section below.

For more entertainment, check out the collection of all the Marathi TV Shows on ZEE5 here.