Shivaji Maharaj and Sambhaji Maharaj shared a bond so deep that you will fetch a box of tissues after seeing their attachment. 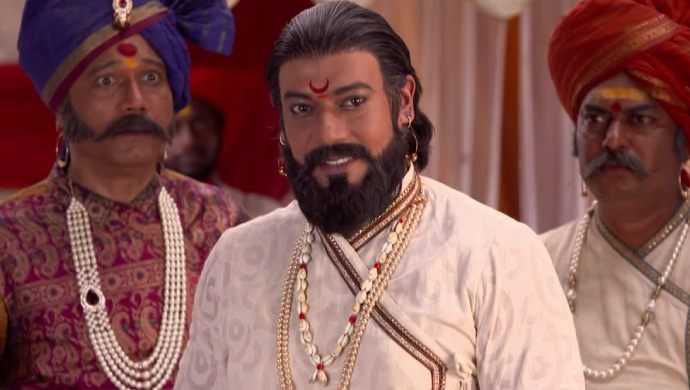 Name a father-son duo more iconic than Chhatrapati Shivaji Maharaj and Sambhaji Bhosale? None, right. Every day in Swarajyarakshak Sambhaji on ZEE5, the huge influence Maharaj had on his son, Shambhu Raje even after his demise.  Here’s one dialogue Amol Kholhe who plays Sambhaji said that made teary-eyed.

After the death of Chhatrapati, Sambhaji is grieving at Aausaheb’s grave their absence of the two most important people in his life. Remembering his father he says, “त्यांच्या उटण्यात बाळकृष्ण  होता, उभा राहण्यात पंढरीचा पांडुरंग होता, बोलण्यात वाचनात श्री राम होता आणि त्यांच्या बाया करण्यात तुमचा वसा होता.” Doesn’t this dialogue totally move you? It shows how badly Sambhaji misses and craves his father’s presence. Sambhaji has written shlokas in Shivaji Maharaj’s memory which are preserved till today.

Meanwhile, history has witnessed even gruesome wars between the fathers and sons in the greed of ascending to the throne. There have been instances of sons poisoning and imprisoning their fathers for the sake of glory. On the contrary, our Maharashtra’s history flaunts an understanding and love between the royal relationships, which we should be boasting it proudly.

If have loved watching this show, don’t forget to tune into Jodha Akbar streaming on ZEE5.

Let us know your thoughts on this royal relationship in the comments below!

5 Reasons Why You Should Watch Sahil Joshi Starrer Pipsi