Help us decide which hairstyle of the Tula Pahate Re actress you like more. 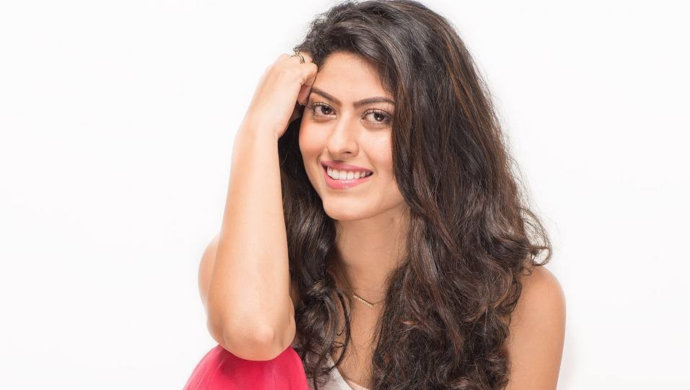 Abhidnya Bhave’s impressive new hairstyle on Tula Pahate Re is surprising. Mainly, because of her swift onscreen hair transformation from ombre (seen in Khulta Kali Khulena) to jet black which she debuted on Tula Pahate Re. Although we love both equally, we need your help deciding which hairdo suits her the best?
Watch her as Myra below:
Abhidnya was seen wearing the trending ombre hairstyle on Khulta Kali Khulena in 2017. Being the antagonist on the Marathi TV show, these wavy locks suited her onscreen personality and got fans’ approval. We loved the hairdo as she was one of the few Marathi actresses who sported an ombre so confidently.
Contrary to that, currently in Tula Pahate Re, the actress has ditched her hair colouring and returned to the jet-black poker straight hair. We are guessing, it was her role which must have contributed to this look.

However, Abhidnya carries both these hairstyles confidently on traditional and Indian attires making it a difficult choice for us to pick from.

If you have already chosen your favourite, do let us know in the comments which avatar you would want try.

For more entertainment, check out blockbusters streaming on ZEE5.