Have you ever wondered how the actress Prajakta Gaikwad refreshes during hectic shooting schedules? We have found the answer. 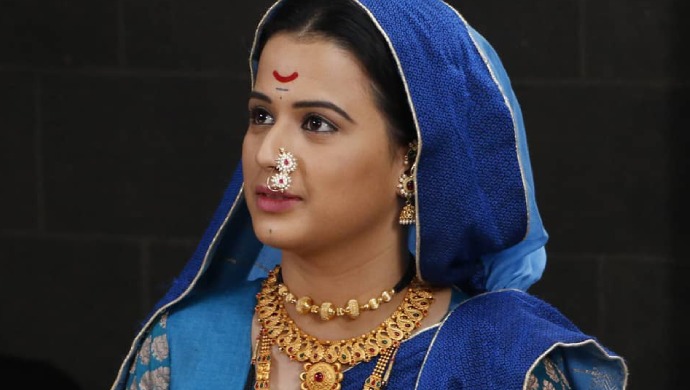 Being a Royal comes with the baggage of responsibilities, but it is also a lot of fun. Do you wonder how we are so confident about it? Our beloved queen Yesubai played by Prajakta Gaikwad on Swarajyarakshak Sambhaji just showed that she, too, has her amusement on the sets of the show.

We know how much you love Swarajyarakshak Sambhaji, watch it below

We see Shambhu Maharaj (played by Amol Kolhe) and Yesubai (played by Prajakta Gaikwad) alongside the courtiers do their best to take care of the kingdom and keep the warfare at bay. While the men are out in the field, it is their wives who have to be the strong pillars holding the realm together. It is totally understandable when our lovely Yesubai in Swarajyarakshak Sambhaji, wanted to have some fun by clicking a bunch of selfies with the crew.

Us being the front-runners in clicking selfies, we approve of Prajakta’s way of “refreshment” by spending time with the crew. These are the people who truly give life to the show by designing costumes, setting the camera in right angles and organising the schedules. We love our Queen’s humility to dedicate this picture for their service.

We would love to know your favourite character from the Marathi TV show!

Tula Pahate Re's Isha Nimkar To Be Seen In A Film Soon?