Prajakta Gaikwad who plays this character was humbled by their gesture. 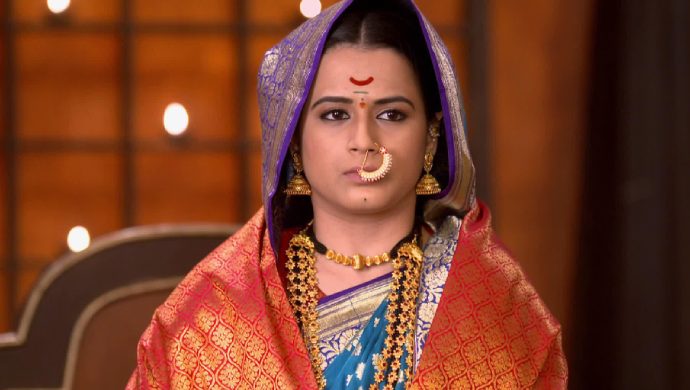 It is not easy to command people’s attention unless you are wearing a shiny disco ball-like dress. But, our queen, Prajakta Gaikwad does it easily just by stepping in the room. Apart from stealing people’s attention, the actress, who essays Yesubai in Swarajyarakshak Sambhaji on ZEE5, loves recording what her fans do for her.

Before you proceed, watch our beloved Yesubai winning the hearts of her subjects in Swarajyarakshak Sambhaji:

All of us have dreamed of becoming kings, queens and princesses (thanks Disney), but we rarely see the rigorous side of it. But, our Yesubai alongside Sambhaji Raje played by Amol Kolhe handles the kingdom like a boss. Prajakta Gaikwad happily documented on her social media the sweet (quite literally) gesture of her edit boys. They got her a bar of chocolate. Under tight schedules and running with high pressure, it is easy to forget to be kind! However, this speaks tons about the whole cast of Swarajyarakshak Sambhaji who value each other along with their work.

Just hoping, she will share this delight with her king! What are your views on this surprise? We would love to know in the comments!