Will The Real Gurunath Please Stand Up?

Mazya Navryachi Baiko actor Abhijeet Khandkekar had a surprise waiting for him on the sets of the show. 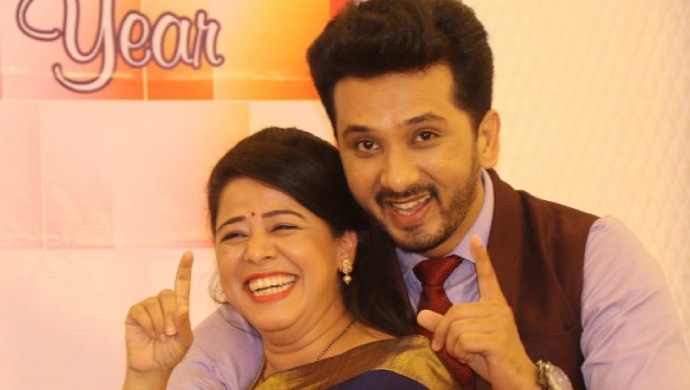 One time we read a statement which said, each person has 7 lookalikes in the world. We didn’t think about this fact much before it held true for Abhijeet Khandkekar from Mazhya Navryachi Bayko. The lead actor co-incidentally found his twin on the sets of the show. Can you guess who it is?

Watch the hilarious catfights for Gurunath on Mazhya Navryachi Bayko

After juggling between two women on reel, Abhijeet (who essays Gurunath) showed the glimpse of his lookalike on Instagram. The actor on the right is Bhavani Singh from Subbalakshmi Samsara, the Kannada version of Mazhya Navryachi Bayko. This was clicked when Bhavani dropped by the sets of  Mazhya Navryachi Bayko, the cast of the Marathi TV show was quick to welcome him.

The union was also filled with a ton of photos, but the best amongst them remains Abhijeet and Bhavani’s picture standing next to each other. As the fans of Mazhya Navryachi Bayko, we hope Bhavani makes a cameo in the serial. It will be a battle of two Gurunaths, one that we wait to watch. On that note, we would love to know if you were just as surprised as us after seeing these two heroes side by side.
For more entertainment watch Agga Bai Sasubai streaming on ZEE5.

If You Haven't Watched Boyz, We Are Giving You Reasons Why You Shouldn't Miss It