Will Be Challenging To Perform Without Audience: Shreya Bugde On Accepting The #NewNormal

In an interview with a popular publishing website, the Chala Hawa Yeu Dya actress talked about how she's embracing the changes in the format. 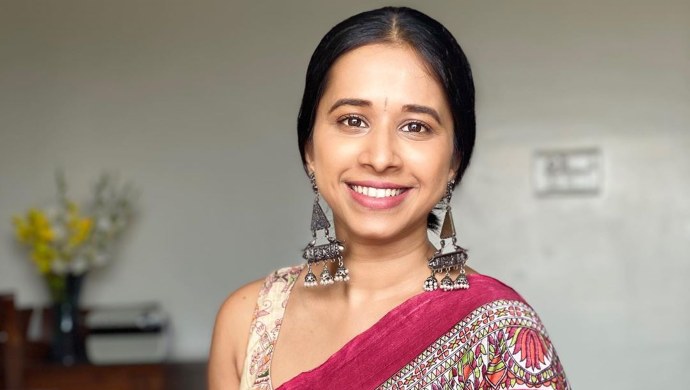 After a long break from shoots, celebrities are quite excited to head to work. The entertainment industry is gradually getting back on track following the easing up of lockdown restrictions. However, things are not the same as before. The government has laid out safety guidelines that every member of the industry is supposed to follow. The #NewNormal has brought about certain changes in the shooting process and the industry seems to be welcoming it. Amongst the many actors in the industry, Shreya Bugde is also prepping herself for the change as she gets ready to be back on the floors of Chala Hawa Yeu Dya. In an interview with a popular publishing website, the actress talked about how she’s embracing the change rolled out because of the #NewNormal.

Shreya is a part of the talented ensemble of comedians in Chala Hawa Yeu Dya. The actress has been the sole female flagbearer of comedy in the show which boasts of names like Bhau Kadam, Kushal Badrike, Saagar Karande, Bharat Ganeshpure and Nilesh Sable. The show is considered to be a stress-buster and a complete family entertainer. Various celebrity guests are called upon to promote the film in the presence of an audience where they are entertained with hilarious comedy sketches. With the introduction of the new set of rules post-Unlock 1.0, there have been significant changes in the format of this show as well. One of the major changes that we will see is that the audiences won’t be allowed in the studio anymore. This decision has been taken to adhere to the safety measures set by the authorities.

Talking about the same, Shreya said, “Audiences are an important part of our show. We will surely miss them. It would certainly be a challenge for us to perform a skit without them. We need to keep the show going despite the absence of a studio audience. The team is now working on the changes in the scripts and the technical aspects that have been brought about by this decision. Nevertheless, we assure you that the entertainment would remain top-notch.” The involvement of the audiences is considered to be an important factor in taking the show forward. It would now be interesting to see how the comedians including Shreya adapt themselves to the change.

What do you miss the most about this show? Let us know in the comments box below.

Get all the live updates on Coronavirus on ZEE5 News Section.