Read on to know what we have to say about this film, directed by Nagraj Manjule. 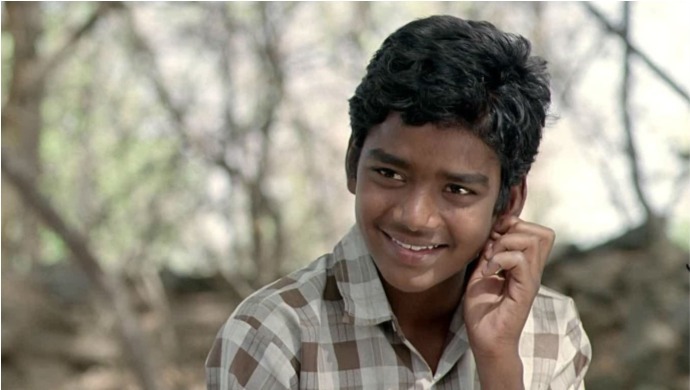 Fandry directed by Nagraj Manjule, is a must-watch for many reasons. One of them is the symbolism that the film depicts to highlight the deep rooted discrimination on the basis of colour, caste and religion that exists in society. The film starring Somnath Awghade and Rajeshwari Kharat, tells the story of a boy (Jabya) from a lower-caste falling in love with a girl (Shalu) hailing from a higher-caste. He is reminded time and again that he can’t get a rich girl like her, as he belongs to an underprivileged background.

The beauty of Fandry is that this message isn’t even put forth in these many words. It’s the subtle scenes that make the harsh reality obvious. For instance, the movie begins with Jabya trying to shoot a long-tailed sparrow with a slingshit. Interestingly, the bird is black in colour. There are two meanings attached to the sparrow. Firstly, Jabya trying to kill the bird is symbolic of him attempting to overcome the discrimination he is subjected to, on a daily basis. Secondly, the bird is black in colour, which symbolises the fact that Jabya is ostracised because of being dark skinned. Throughout the film, we see Jabya trying to kill the bird, which sheds light on the turmoil that he is feeling within.

Secondly, Fandry in Marathi means a pig. We believe that the reason the butchering of pigs is a track in the film is because this profession is mostly carried out by people from the lower-caste. Plus a pig being killed is symbolic of how a man/woman from a minority is sacrificed to clean up an elitist’s mess. Towards the end of the film, Jabya is mockingly refereed to as Fandry, meaning that his situation is as helpless like the pig that he butchers.

Then we come to the most meaningful scene in  the film. Jabya and his family manage to kill a pig after several attempts and carry the carcass together. As they do so, they pass a wall which has paintings of big wigs such as B.R Ambedkar, Jyotiba Phule etc. These are the very people who fought  against discrimination and its eradication. But Jabya’s walk with the butchered pig against the backdrop is a reminder that not much has changed since independence and the minority continues to be forced into professions they don’t want to take up.

The ending of the film is equally powerful where Jabya acts out, after being mocked repeatedly. He starts pelting stones at the people who are teasing him. This highlights the rebel in him against the regressive thinking that the society practices. It’s not the people but the system that he is attempting to defy.

Watch the film above and tell us your thoughts in the comments section below. For more entertainment, check out the collection of fun Marathi films on ZEE5 here.