This Bharat Gaikwad directional is a story of a woman who is murdered and her dog is suspected to be the culprit. More details inside! 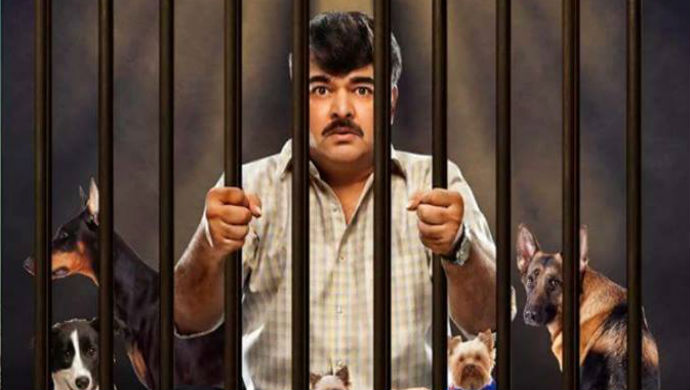 A dog is known to be a lot of things- loyal, loving, caring and protective. But can a dog be a murderer? The boggling question is explored by detective Venkatesh Bhonde, played by Prashant Damle in Bho Bho. He investigates a case which involves a woman getting murdered and the suspect being her pet Labrador, Sandy. Being a die-hard dog lover himself, Venkatesh knows all too well that a dog can’t attack another human being, unless it has a reason to. Also, Sandy shows no signs of being ‘mad’ as he’s perceived. So what’s the truth and who commits the murder?

Watch the mystery getting solved in the film here.

While Venkatesh sets out to find answers, we are taken on his personal journey. The man may be tactless and at times inappropriate as an investigator, but he has a caring side that one can’t miss. Venkatesh cares immensely for dogs and goes out of his way to prove Sandy’s innocence. It’s through his efforts and clarifications that we come to know of dog behaviour and psychology. Thus, Bho Bho is more than a murder mystery as it essentially is a story dedicated to dogs and the beautiful creatures that they are.

Bho Bho goes an extra mile to bust the silly myth that most people tend to have about dogs- that they are ferocious and bite. Venkatesh through his investigation explains that all dogs behave a certain way, due to a reason. Aside from being a thrilling murder mystery, Bho Bho also makes for a much needed film that takes a stand for our furry little pooches.

Watch the film above and post your thoughts in the comments section below!