Why Did Bhushan Pradhan’s Mom Cry While Watching Gondya Ala Re? Watch Video To Find Out!

The ZEE5 original Marathi series sheds light on the legacy of the Chapekar brothers, featuring Bhushan as the lead character Damodar. 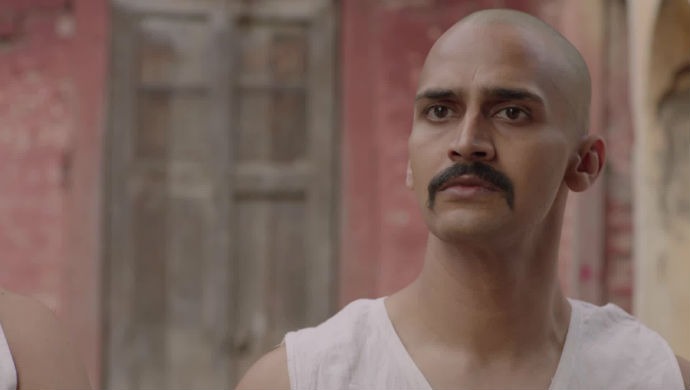 ZEE5’s latest original Marathi series Gondya Ala Re, sheds light on the legend of the Chapekar brothers. The group of five men led the first ever rebellion against the Britishers. The series features Marathi actor Bhushan Pradhan as the lead character Damodar Chapekar. While GAR is getting a massive response and is being well liked by viewers for its unique content, there’s a review that is very close to Bhushan’s heart, and naturally so. It’s been given by his own mother!

Watch the first episode of the series here.

The actor posted a video of his mother, stifling her sobs, while watching an emotional scene from the series. It’s the most adorable thing you will see on the net today, trust us! Watch here.

Some reviews come in the form of tears! आई 😘😘😘 . #GondyaAlaRe #Zee5Premium

Bhushan’s mother gets teary eyed while watching a scene which depicts a bond between a mother and her children. Aww, how sweet is that! We thank Bhushan for capturing this beautiful moment and sharing it with his fans.

Like the actor said, some reviews come in the form of tears. And what better reaction could he ask for, right? Tell us what you think of this video in the comments section below. Catch all the episodes of Gondya Ala Re, streaming on ZEE5.

Watch ZEE5's Original Series Date With Saie, We Dare You Not To Get Hooked!

Bored? These Videos By Alti Palti Sumdi Kalti's Pallavi Will Entertain You!