Why All Of Us Need A Friend Like Kabir From Hampi

Lalit Prabhakar's character in the film is the bestie that we all need in our lives. Read on to know why we say so! 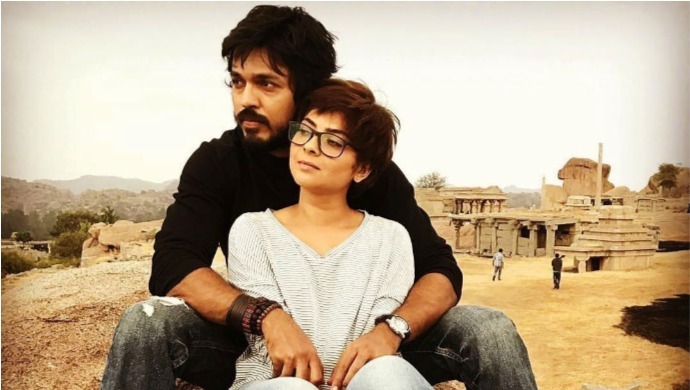 More often than not, it is our bestie or a trusted friend that makes us feel better when we are down and out. A sensible life advice topped with some silly jokes, and we are set. Isha is lucky to have Kabir by her side, in Prakash Kunte’s Hampi. The character, played by Sonalee Kulkarni, is a troubled girl who travels to the ancient village in Karnataka, to look for answers. She meets Kabir, played by Lalit Prabhakar, who has all the qualities that you would want in your friend or partner- he is spirited, fun-loving, attractive, positive and sensible.

Kabir lives life to the fullest and teaches Isha to be more grateful. She tends to focus on the things she doesn’t have. But Kabir opens her eyes and makes her see that whatever she has is worth it. He pulls her out of her comfort zone and makes her try new things. In one scene, a reluctant Isha is pulled outside by Kabir, who takes her to bathe and elephant. At first, Isha is hesitant, but gradually, she gets down to it and starts having fun. He reminds her that it’s important to goof around and let lose, once in a while.

Kabir is also deeply intellectual and indulges in meaningful conversations with Isha. He has a sensible side to him that makes Isha see that one needs to self-introspect in order to grow in life. Kabir encourages her to break open from her shell and embrace every moment.

Another striking quality about him is that he doesn’t mince his words. He tells Isha what he feels and is almost always right. He tells her to stop feeling sorry for herself in those many words. At first she hates it but then it’s Kabir’s harsh words that break her out of the cycle.

Kabir is also a charmer which obviously, works in his favour. He has an appealing personality, that leaves a lasting impression. All in all, he’s a keeper, as a partner and a friend as well.

Watch the whole film above and tell us if you agree with our views on Kabir, in the comments section below. For more entertainment, check out the collection of fun Marathi films on ZEE5 here.