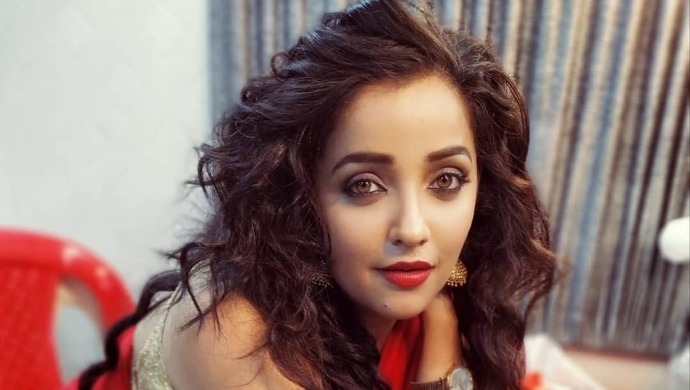 Apurva Nemlekar, who is popular as Shevanta in Ratris Khel Chale 2, recently visited Ranchi. The actress has been posting pictures and videos from her trip and by the looks of it, she had a hell of a time! Many a times stars visit other cities, owing to their shooting schedules. But Apurva took time out to have a little fun of her own. The beauty, who is a massive fan of Indian cricketer Dhoni, visited his house in the city and showcased her love for him in the most unique way!

Clad in a pair of casual beige shorts and a red checkered shirt, our Shevanta looks adorable as she strikes the famous Dhoni shot. We are sure that if Mahi sees this, he will be impressed right?

The actress also posted this picture from the sets, where she is rejoicing an early pack. The actress looks casual chic in a pair of jeans and a black T-shirt.

Here’s another one where Apurva is chilling and enjoying her time in Ranchi.

What do you think of the actress’s helicopter shot? Do you think she nailed it? Post your thoughts in the comments section below!