In the video, the host got candid about his journey with the show. 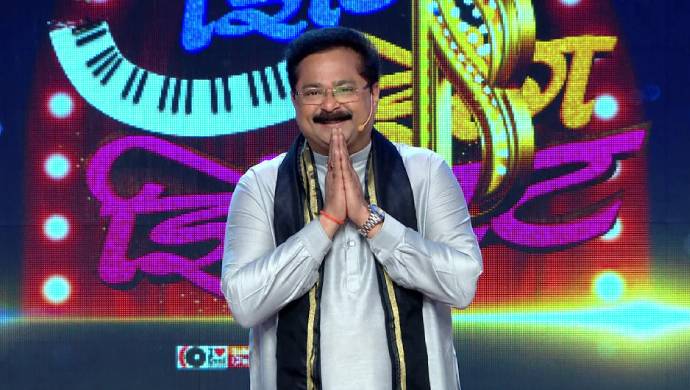 Seasons have come and gone, political parties have changed, but one thing that remained constant is the regular episodes of Home Minister. Till today, every evening we see our Aadesh Bhauji welcomed by new families in different regions. On his arrival, the main woman of the house honours his presence. So, taking a break from his hectic schedule, he opened up about his feelings on the occasion of International Women’s Day!

Being divided by geological boundaries and language barriers doesn’t stop us from standing up as one when the time comes. Our favourite TV serial Home Minister hosted by Aadesh Bhauji showed us that. It reached the nook and corners of Maharashtra as our Bhauji interviewed the strong superwomen who are the building blocks of the family. We cheered for them as they laughed and cried while sharing the highs and lows about their life. In this quick interview with the beloved Bhauji, he credited, the homemakers and businesswomen for giving him the strength to carry on the journey so far.

After visiting their house, the Home Minister host has gifted these wives Maharashtra’s paithani saree. And just like that, they became the part of the evergrowing Zee Marathi family. In the video, he credited their hard work and positivity that keeps the house running. Have you noticed? When the mother falls ill, the entire house becomes quiet. Aadesh Bhauji even mentioned you may be a gruhini or an entrepreneur, it doesn’t negate the efforts that you put in growing your family.

Are you curious to know what he said more? Watch the clip to get the full details.

Meanwhile, if you love him, the watch him host the singing reality show Zing Zing Zingaat streaming free on ZEE5.

Kareena Kapoor Khan And Amrita Arora's Interview In Starry Night 2.0 On ZEE5 Will Make You Miss Your BFFs

On Women's Day, Watch Abhijeet Khandkekar Discuss The Special Ladies In His Life