The famous actress met with Subodh Bhave, the show's lead actor, and spent time on the sets of the show. More details inside! 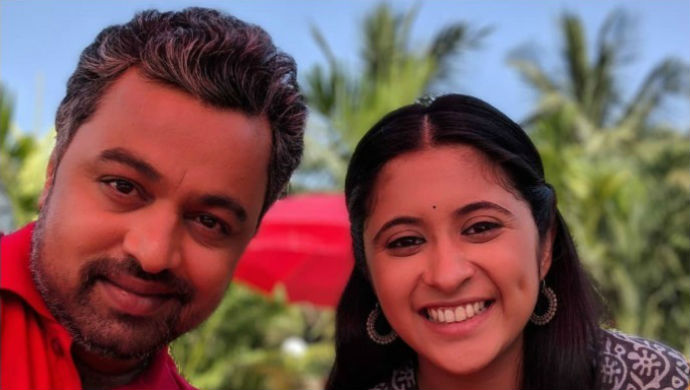 Zee Marathi’s hit show Tula Pahate Re, is about to see a wrap in July. The show starring Subodh Bhave and Gayatri Datar, has been entertaining fans with its gripping content and thrilling story. It’s heartbreaking to know that we will no longer get to see our Isha and Vikrant on the small screen. But the good part is that the cast of the show has been making the most of their time on sets. Recently, Gayatri and Subodh conducted a live Facebook chat to interact with their fans and now the latter has uploaded a picture on Instagram where he is seen posing with veteran actress Daya Dongre!

Subodh recently uploaded a post telling his fans that the famous actress visited the sets of Tula Pahate Re and interacted with the cast. In his caption, he also wrote that Daya blessed all the team members and wished them luck for all their future endevours. How cool is that!

We love this picture and Daya’s sweet gesture. What do you have to say about it? Tell us in the comments section below!

Catch all the episodes of Tula Pahate Re streaming for free, on ZEE5 here.

Will Yesubai Succeed In Proving That Anaji Is The Culprit Behind The Murder Attempts On Sambhaji? Watch Swarajyarakshak Sambhaji On ZEE5!