You have never seen this side of Akshaya Deodhar and Hardeek Joshi. Want to bet? 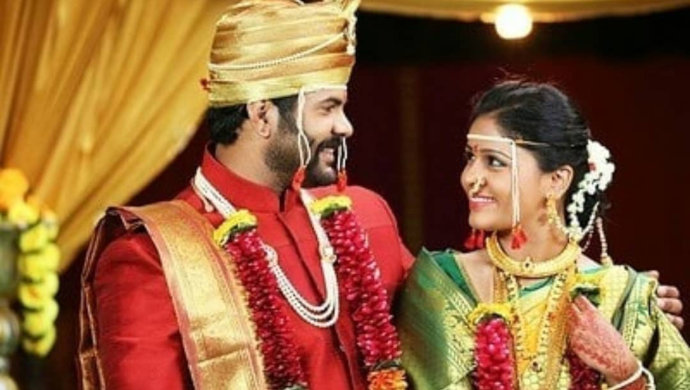 Rana and Anjali from Tuzhyat Jeev Rangala on ZEE5 are a feast to the eyes. It’s the onscreen understanding between Hardik Joshi and Akshaya Deodhar’s characters which makes them our ‘couple-goals’. Apart from being each other’s go-to person, they know how to break the monotony and keep their relationship spicy.
You watch their beautiful marriage bloom on Tuzhat Jeev Rangala

Like, remember the time when the Tuzhat Jeev Rangala couple ditched their usual outfits and opted for a western attire of the bygone era. We are talking about the instance when Akshaya wore a bonnet (a hat which first originated from Scotland in the 15th century) and a gown while Hardeek picked a gentlemanly woollen suit. In this dress, Akshaya looks like a Scottish maiden who has time travelled a couple of centuries back.

Some beautiful paths cant be discovered without getting lost!

Meanwhile, Rana looks just as dapper standing next to her.

The transformation from a Marathi mulgi to a Scottish lady is one that we don’t get to see every day. Luckily this memory from Tuzhat Jeev Rangala is immortalised on both their social media profiles.

Put your hands up and let us know in comments if you want to see more of such transitions!

For more entertainment, check out Marathi movies streaming on ZEE5.