The child artist who plays a wrestler on the show, is a skilled one in real- life as well. Check out his trophy! 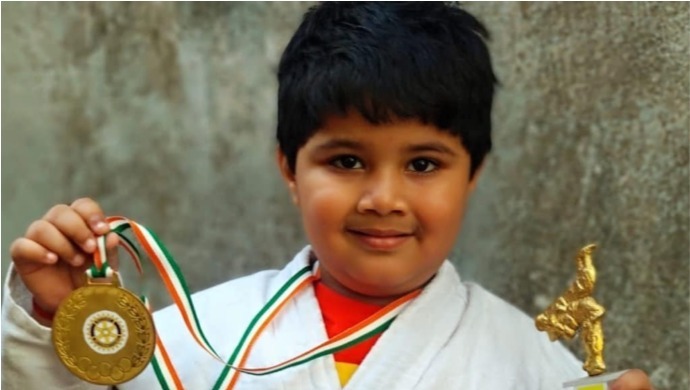 Rajveersingh Raje, who plays Ladoo in Zee Marathi’s TV show Tuzhat Jeev Rangala, has become as popular as the show’s main leads Hardeek Joshi (Rana) and Akshaya Deodhar (Anjali Pathak). The child actor is seen as a wrestler on the show, much like his on-screen father Rana. Rajveer is a professional wrestler in real-life as well and participates in several competitions and championships. Our little wrestler has made us proud by winning a gold medal in the sport at the district level!

The actor, who has a huge fan following on social media, recently posted this picture, where he is seen posing with his medal and trophy.

Rajveer won a medal in Kurash, which is a form of wrestling. Isn’t this picture adorable? The actor shares a great bond with his real-life parents Anjali and Rana. Check out this picture here.

Rajveer has made us proud and we wish him luck for all his future endevours! Post your wishes for the actor in the comments section below.

Catch all episodes of Tuzhat Jeev Rangala, exclusively on ZEE5.

Tula Pahate Re Has Reached An Exciting Point, And You Just Can't Miss It- Watch Now On ZEE5!

Want A Strong Back Like Tuzhat Jeev Rangala's Rana? These Exercises May Help You