Akshaya Deodhar and Dhanashri Kadgaonkar were recently rescued by their crew amidst the Kolhapur floods. Watch videos inside to know more. 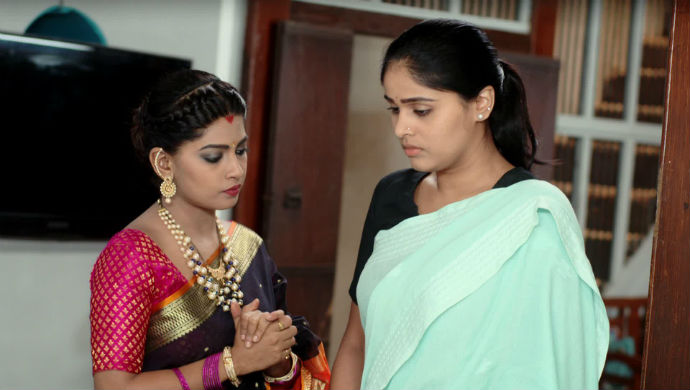 Maharashtra has seen it’s most heavy rainfall this season. Many cities such as Mumbai, Nasik, etc. have borne the brunt of nature’s fury and citizens have found themselves battling water logging, floods, and traffic jams. One of the most severely affected areas is Kolkapur, and the floods got to the Tuzhat Jeev Rangala cast members as well. The team has its sets on the outskirts of Kolhapur but the actors including Akshaya Deodhar, Hardeek Joshi and Dhanashri Kadgaonkar- who play Anjali , Raja and Nandita-in the show, were residing in the main city and found themselves stranded in a water-logged building.

The actresses were rescued in time by their show’s crew. Here are some videos that show the gravity of the situation in Kolhapur.

Currently 10,000 people have been evacuated from the low-lying districts and the power supply was suspended to nearly 85,000 customers. The water reached the basement of the building in which the TJR cast was staying. The actors were rescued by their crew and moved to a nearby hotel. While speaking to a popular news and entertainment portal, Akshaya said that they aren’t sure of when the team will resume shooting, but they currently have some episodes in the bank that can be aired for another week.

We are glad that the Tuzhat Jeev Rangala team is safe and sound and we pray for the citizens of Kolhapur. Post your comments for them in the section below and stay tuned for more updates. Catch all the episodes of Tuzhat Jeev Rangala, streaming for free on ZEE5.