Tuzhat Jeev Rangala’s Anjali Has An Important Message For You, Watch Video!

This video starring Akshaya Deodhar has a crucial message that you can't miss. Watch now. 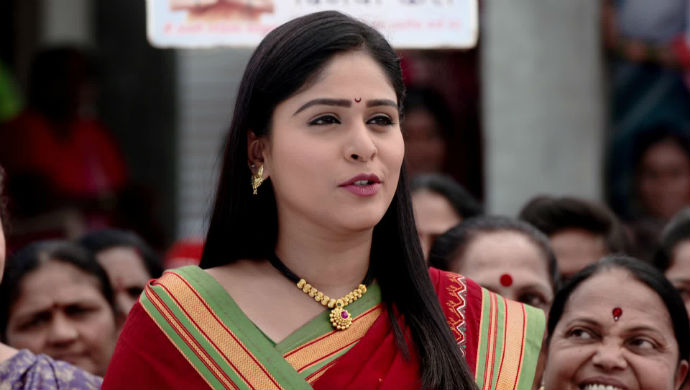 Aside from entertaining fans, celebrities also have a social responsibility of making them aware of their rights and duties. Tuzhat Jeev Rangala’s Akshaya Deodhar aka Anjali Pathak does her bit, in the latest video that we came across on social media. The actress who is famous for her role in the popular Zee Marathi show, is seen encouraging citizens to vote, in the upcoming elections. Her character in the show has herself been involved in elections, where she has been contesting to win the position of village Sarpanch. Hence our very own Anjali urging citizens to vote hits straight home!

In the video, Anjali is busy working and is interrupted by her son Ladoo who asks if he can vote. She reminds him that he can’t as he isn’t 18 but informs citizens that those above 18, can and should vote to make a difference. Watch the promo here.

Voting is a fundamental right of every citizen above 18 and should be made use of. After all, how can we take the nation forward without voting, right? So, are you ready to get inked?

Post your thoughts in the comments section below and catch all the episodes of Tuzhat Jeev Rangala, exclusively on ZEE5.