This video of Prajakta Gaikwad, Hardeek Joshi and Dhanashri Kadgaonkar will make you smile instantly. Watch right away! 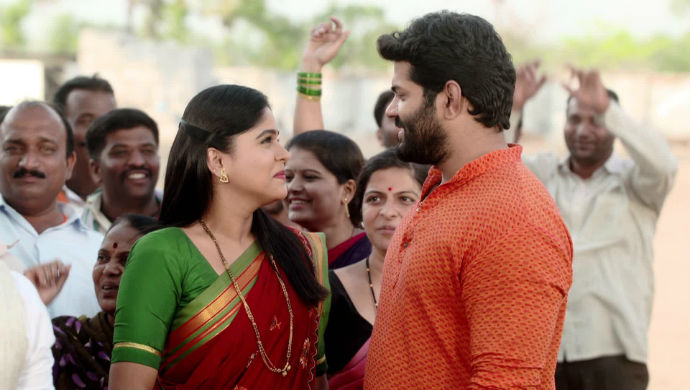 Zee Marathi’s popular show Tuzhat Jeev Rangala presented a major twist to its viewers when it was announced that Nandita is pregnant! The character is played by Dhanashri Kadgonkar, who is receiving a lot of love from her co-stars as well as fans for this new and surprising track on the show. Main lead of the show Akshaya Deodhar, who plays Anjali, congratulated Dhanashri for her character’s pregnancy. We already are aware of what a great mother Anjali is to her son laddoo. But fans are waiting to see whether Nandita will prove to be as good a mother as her sister-in-law Anjali.

Along with fans, the show’s cast is equally excited and this latest video certainly proves it! The actors including Akshaya, Dhanashri and Hardeek Joshi who plays main lead Rana, are seen doing a crazy dance in this video, celebrating Nandita’s pregnancy. Check it out.

We love the bindaas way in which Dhanashri is dancing here, accompanied by her co-stars. What do you think of this video? Post your thoughts in the comments section below!

Catch all the episodes of Tuzhat Jeev Rangala, exclusively on ZEE5.

What Is Vikrant Hiding About His First Wife Rajnandini's Death? Watch Tula Pahate Re On ZEE5!