What does she say to him? Watch the promo inside and find out! 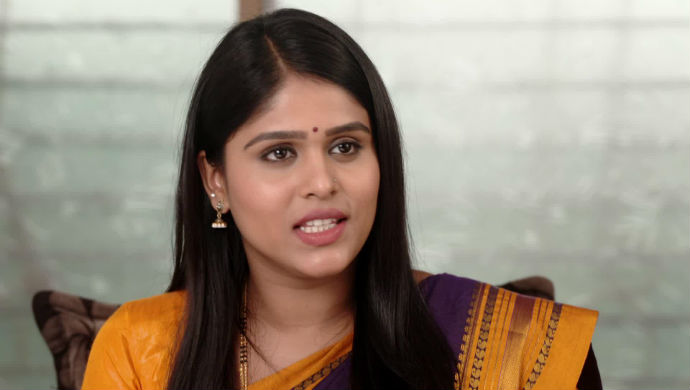 Currently on Zee Marathi’s TV show Tuzhat Jeev Rangala, Rana has told Anjali that he isn’t keen to  have another baby. This has shook Anjali and she has been trying to figure out what made Rana turn on his word. She has finally discovered that it was Nandita’s masterstroke to stop Rana from bringing another child into the Gaikwad family. Rana had given Nandita his word and kept the same hidden from Anjali. But now, she has come to know the truth and is livid. The latest promo shows that Anjali confronts Rana and calls him out for his stupidity.

In the video, you can see Anjali questioning Rana’s motives and criticising him for catering to Nandita’s needs instead of looking out for his own family. She tells him that what he has done is not out of innocence but foolishness. Watch here.

Anjali also adds that now if Rana wants a kid, she won’t be okay with it. Finally! The woman of the house has called the shots and made Rana realise how insensitive and stupid he has been all along, for favouring Nandita over his own wife.

What will Rana do now? Stay tuned for all the updates here! Catch all the episodes of Tuzhat Jeev Rangala, streaming for free on ZEE5.

For How Long Will Gurunath Continue To Fake His Memory Loss? Watch Mazhya Navryachi Bayko On ZEE5!