Tula Pahte Re’s Subodh Bhave Compares Himself To This Hollywood Actor – Find Out Who!

The superstar shows fans his fun side with this hilarious post that has been appreciated by Sonalee Kulkarni, Tejashri Pradhan and more! 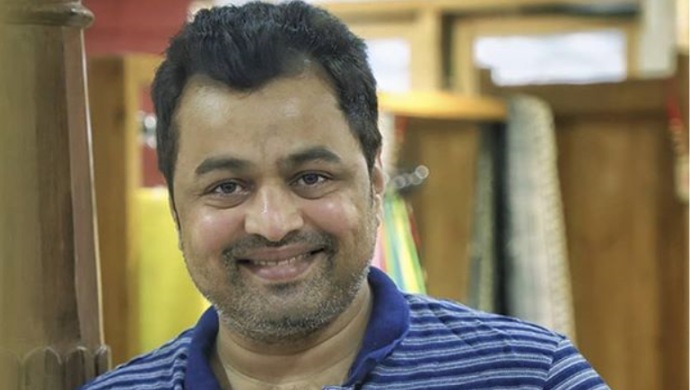 Subodh Bhave was last seen in Zee Marathi’s hit show Tula Pahate Re. The actor played Vikrant Saranjame, an evil man who is suspected of having murdered his wife. His perfect depiction of a grey character was appreciated by viewers and this was the first time we got to see the actor in a negative role as such. The actor, like his counterparts, is practicing social distancing among the ongoing lockdown and making the most of his free time. He recently uploaded a fun post on his Instagram which will definitely leave you in splits.  The Pushpak Vimaan actor has compared himself to this legendary Hollywood actor with a rather witty caption. Curious to find out who it is? Read on to know!

Watch an episode of Tula Pahate Re here.

The actor recently shared a black and white photo of Hollywood actor Arnold Schwarzenegger on his Instagram. Subodh compared himself to Arnold and shared that he looks quite different in monochrome. Lol! He then asked fans to get rid of all their misunderstandings and jokingly added that Arnold himself approved of this post. Subodh posted this picture with the hashtag #coronaeffect. Several actors from the industry including Sonalee Kulkarni, Amruta Khanvilkar, Tejashri Pradhan, and Snehlata Vasaikar found this post absolutely hilarious and even commented on it. Fans are quite amused to see Subodh’s fun side on Instagram and so are we!

Even though the actor doesn’t possess a sculpted body like Arnold, he certainly is a superstar like him of the Marathi film industry. Right guys?

Anita Date, Shreya Bugde, Subodh Bhave And Others Express Gratitude For The…

Gautami Deshpande, Apurva Nemlekar: Here's What We Think These Stars Will Do Post Lockdown