Tula Pahate Re: Vikrant And Rajanandini’s First Meeting Has A Connection With Isha

What is the common link between Isha and Rajnandini here? Watch the promo and find out! 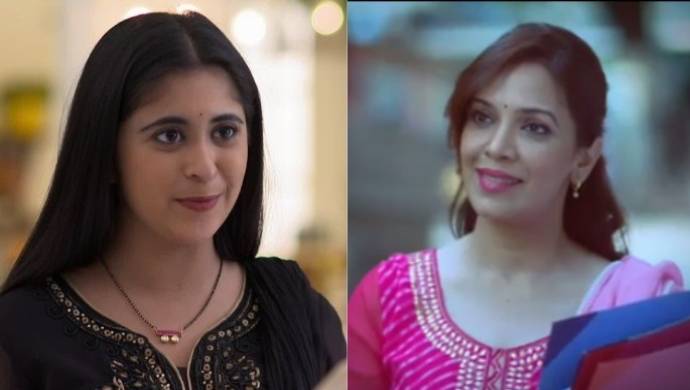 Fans of popular Zee Marathi show Tula Pahate Re, have eagerly been waiting for Rajnandini’s entry in the show. The character (played by Shilpa Tulaskar), is Vikrant’s first wife and viewers are waiting to learn about her death and whether her husband was responsible for it. The channel’s official Instagram handle has been teasing fans by posting videos of Rajnandini. Where the first one showed her introduction in the show, the latest one shows her first meeting with Vikrant. All die-hard fans who have been following the show since the first episode will instantly be able to tell that the couple’s first meeting has a connection with Isha! Confused?

Well, allow us to enlighten you. In the promo, we see Rajnandini getting into a rickshaw hurriedly, which is already occupied by Vikrant. She apologises to him and tells him that she’s in a hurry. Post the ride, she offers to pay for the trip but a charming Vikrant says that he won’t take money from her and adds that she can help him in the future, if the time ever arises. Watch the promo here.

Interestingly, Vikrant met his current wife Isha in a similar way! In the second episode from the show, it was shown that Isha boards a rickshaw and is on her way, when Vikrant asks her for a lift. He gets into the rickshaw and offers to pay for the trip, just like Rajnandidni did when he met her! Woah, talk about history repeating itself eh?

We bet you are on the edge of your seat. Trust us, so are we! What do you think about these two incidents? Post your comments below and stay tuned for all the updates here.

Catch all the episodes of Tula Pahate Re, exclusively on ZEE5 here.

Will Gurunath Succeed In Stealing The Money For Shanaya's Sake? Watch Mazhya Navryachi Bayko On ZEE5!