Also, Isha will know that Vikrant is Gaja Patil, the person behind all the frauds at Rajanandini Sarees. 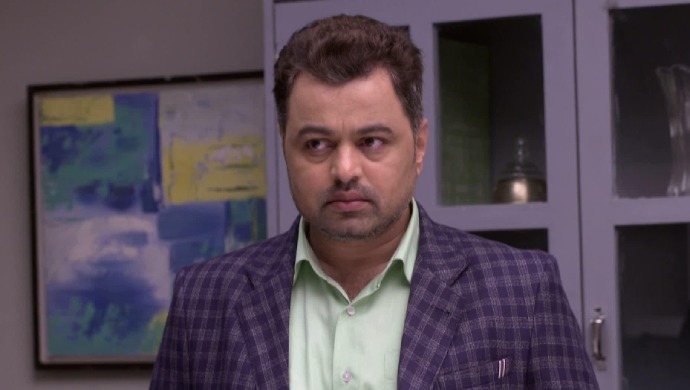 Tula Pahate Re is one of the most thrilling shows on Zee Marathi right now. The series starring Subodh Bhave and Gayatri Datar is full of shocking twists that has been keeping viewers on the edge of the seat. Currently on the show, we are seeing Vikrant losing the battle against Isha, after having manipulated her all along. His real identity as Gajendra Patil was revealed, after Isha probed to find the man behind all the frauds that are being committed in the company. She was shocked to learn that her own husband Vikrant was Gajendra and had been hiding his identity to save himself from getting caught.

As if this wasn’t enough, Isha is in for another shock. She will learn that Rajnandini wasn’t a daughter-in-law to Aaisaheb, but was her daughter! Isha will discover that Vikrant hence, is her son-in-law and not an adopted son, like she believed all this while! Watch the promo here.

The show’s entire plot has taken a drastic turn and we are waiting with bated breath on what will unfold next/ How will Isha react? What will she do? How will Vikrant defend himself? Post your thoughts in the comments section below!

Catch all the episodes of Tula Pahate Re, exclusively on ZEE5.

Watch Subodh Bhave And Mohan Joshi In Their Latest Film Pushpak Vimaan, Only On ZEE5!