Tula Pahate Re: Jalinder Striking A Deal With Jhende Is A Bad Idea?

Here's why we think Jalinder shouldn't get involved with Jhende. More details inside! 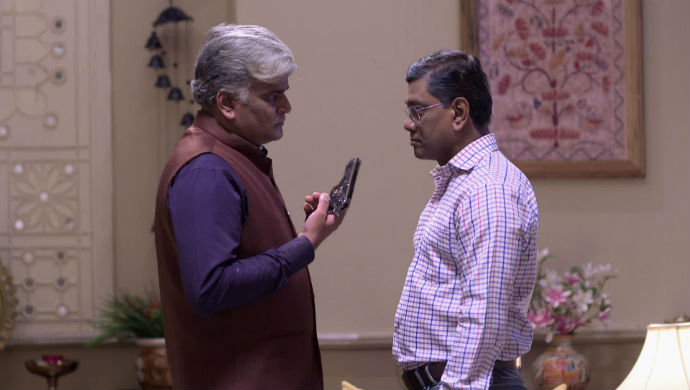 Currently on Zee Marathi’s hit show Tula Pahate Re, Vikrant has been kidnapped by Jhende. As fans must already know, Vikrant was earlier hospitalised, after taking a shot for Isha. Jhende had tried to shoot her but Vikrant came in the way to protect her. Later, Jhende decides to kill Isha once and for all and for his plan to succeed, he has kidnapped Vikrant to make her come looking for him. But Isha’s good friend and confidante Jalinder has come to know of Jhende’s motives. He has decided to get mixed with Jhende, pretending to be on his side, to bring Vikrant back to Isha. Jalinder will be doing so considering Isha’s fragile state of mind, post Vikrant’s kidnapping.

In the last episode, we saw Jalinder calling up Jhende to know about Vikrant’s whereabouts. The latter says he will reveal the same only if Jalinder agrees to tell Vikrant that Isha is the mastermind and Rajanandini’s reincarnation. Whether Jalinder will accept the offer or not is yet to be seen, but we feel Jalinder is making a big mistake by getting involved with Jhende. It has been established that the man is evil and can go to any lengths to prove himself innocent. He even went to the extent of kidnapping his own good friend Vikrant.

Plus, Jhende has already learnt from his spies that Jalinder and Jaydeep had a secret meeting before the former called him up. So this means Jhende is on to Jalinder and knows of his motives. And an evil man like him will not let go so easily. Jhende will make Jalinder believe that he is buying into the latter’s game plan but show teeth when the time is right.

Jalinder still has time to take a step back. But if he goes ahead with Jhende’s demands, he’s inviting trouble. What do you think? Do you agree? Tell us in the comments section below!

Catch all the episodes of Tula Pahate Re, streaming for free on ZEE5.

Soyrabai Should Be Punished In Swarajyarakshak Sambhaji, Here's Why We Say So!