In Tula Pahate Re, Jalinder reminds Vikrant of his past crimes but the latter doesn't seem guilty of it. 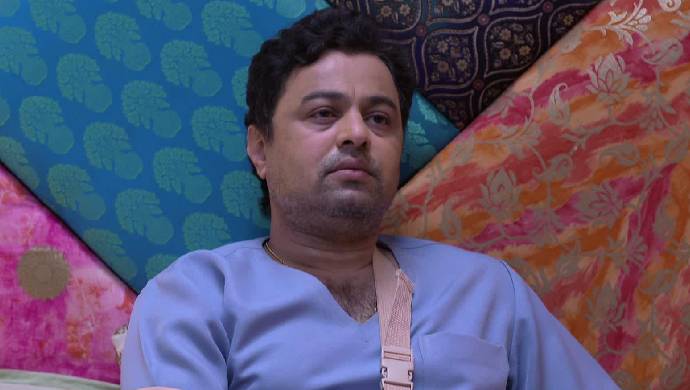 In the recent episode of Tula Pahate Re, Jhende tells Jalinder that the only way he can get to know about Vikrant’s location if he tells Vikrant about Isha’s master plan. Jhende is furious at Isha for destroying his friendship with Vikrant. Jalinder strikes this deal for Isha’s sake and goes to meet Jhende and Vikrant. After this phone conversation, Jhende is happy that Isha’s truth is going to be out.

Isha tells her parents about Vikrant’s kidnapping by Jhende. Mr and Mrs Nimkar start panicking and suggest to lodge a police complaint, but Isha refuses.  Meanwhile, Myra and Jaydeep are worried about Jalinder’s safety. They decide to stop Jalinder from meeting Vikrant since this could cost him his life.

Jhende is taking care of Vikrant who is furious at him. Jhende tells Vikrant that he has proof of Isha’s lies which makes Vikrant wonder what his friend is talking about. Meanwhile, from Jalinder’s man, Jaydeep and Myra come to know that he has gone alone in search of Vikrant. They update this to Isha who gets anxious.

Jalinder reaches Jhende’s home where he has kept Vikrant. Jalinder recalls all the crimes that Vikrant has committed in the past against him and Dadasaheb. Vikrant is still proud of the things he has done as he got what he wanted in the end.