Will Sonya and Jaydeep finally tell Isha what she has been wanting to know all long? Find out! 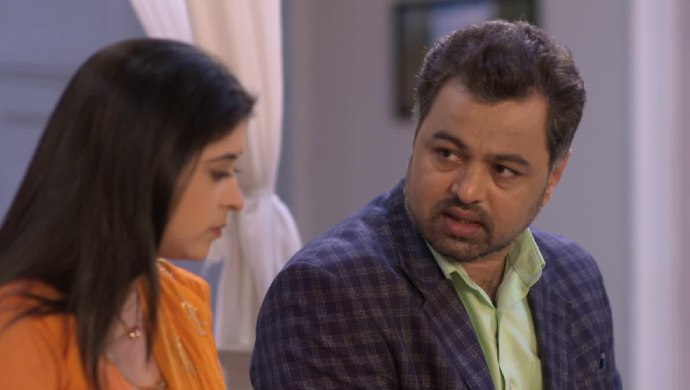 In the last episode of Tula Pahate Re, we saw Isha visiting Mr Paranjape and asking him who the real Gaja Patil is. But the man refuses to entertain her and walks off without giving much hint. Later, Aaisaheb tells Isha that she plans to name all her property after her and Vikrant is secretly happy. The next morning, he celebrates with Jhende and says that it won’t take him much time to acquire the property from Isha and make it all under his own name.

Later, Isha sneaks in on a conversation between Sonya and Jaydeep who are discussing how Isha could be Rajnandini’s reincarnation. The episode ends with a shocking note where Isha discovers that Rajnandini was, infact, Aaisaheb’s own daughter.

In the upcoming episode, we will see Isha asking Sonya and Jaydeep that if Vikrant was married to Rajnandini and Aaisaheb’s son-in-law, then how come he has the Saranjame surname. Jaydeep will reveal that Dadasaheb initially wanted to name all his property in Rajnandini’s name and the latter says no. He answers Isha’s question by saying that it was Dadasaheb who had given Vikrant his current identity and that his real name is something else.

Will Isha finally learn that Vikrant’s real name is Gaja Patil? Stay tuned for all the updates here!

Catch all the updates of Tula Pahate Re, streaming free on ZEE5.

If You Are A Subodh Bhave Fan, Don't Miss His Entertaining Film Kiran Kulkarni Vs Kiran Kularni