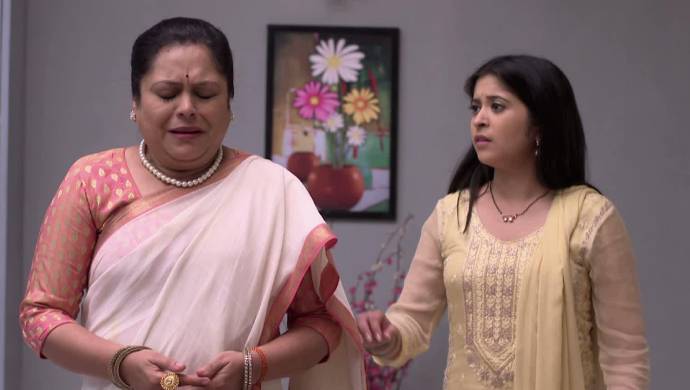 In the recent episode of Tula Pahate Re, Isha brings Aaisaheb’s medicines. Aaisaheb can’t stop comparing her to Rajanandini who used to care of Aaisaheb the same way. Then, Isha preps Jaydeep for the task which he has to do. She tells him they are doing this with a specific purpose. According to the plan, Jaydeep approaches Aaisaheb’s bedroom. He pretends to have a headache and Aaisaheb gives him the medicines.

After having the medicines, Jaydeep pretends to collapse. Aaisaheb starts screaming for Isha who tells her that she administered Jaydeep a wrong medicine. Aaisaheb remembers the past incident and reveals it to Isha while implicating herself of the crime. Isha, then, tells a guilty Aaisaheb the truth about Vikrant. Aaisaheb is in disbelief as Isha tells her that it was Jhende and Vikrant who changed the medicine during Dadasaheb’s time. Isha makes Aaisaheb believe that she is only Rajanandini.

Mr Paranjpe tells Isha about Myra and Jhende getting to know about the microphone as Myra eavesdrops this conversation. She wonders why Mr Paranjpe would have done this, as she decides to tell this to Jhende. Meanwhile, Isha’s parents are worried about Sonya’s solution. They don’t want to falsify Isha’s birth certificate but Sonya emotionally blackmails them. Finally, they agree to it and Sonya takes the birth certificate to change the birth year.

For more entertainment, check out the thrilling movie Me Shivaji Park streaming on ZEE5.