In Tula Pahate Re, Jhende is furious at Isha for swaying Vikrant towards her. He tries to make Vikrant believe this but fails. 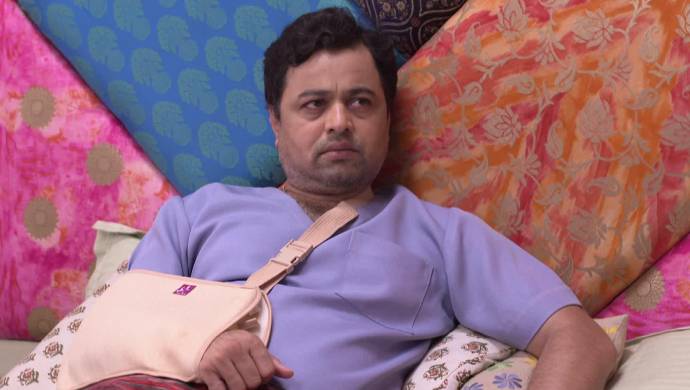 In the recent episode of Tula Pahate Re, Vikrant is slowly waking up after being unconscious for a while. During this, Jhende is looking for Jalinder who has gone into hiding. He wants to prove to Vikrant that Isha is lying and he is speaking the truth. On the other hand, Isha and Jaydeep discuss her pregnancy. She confesses that she is squished between Rajanandini’s past and her own present. In this situation, she doesn’t want to do injustice on her unborn child.

Jaydeep says in both the avatars Isha has done a lot for the whole family. Jaydeep assures Isha that he will be with her whatever decision she makes. Following this, they decide to take the next step which is to find Vikrant who is in Jhende’s custody. For this, they will need Jalinder’s help.

Vikrant finds his consciousness as Jhende is happy to see his friend awake. He is instantly worried about Isha and he starts shouting at Jhende for trying to kill her. Jhende defends himself and rants against Isha making Vikrant more furious. Jhende retaliates saying that he has always admired Vikrant since the time they were together in college. He idolised Vikrant for his free attitude and charming ways.

Isha and Jaydeep meet Jalinder who says he doesn’t care about Vikrant’s kidnapping. Due to this, they have to reveal her pregnancy to Jalinder. Meanwhile, Jhende is telling Vikrant the things Isha did in his absence. He gets agitated and discloses to Jhende that Isha is pregnant.

The Subtle Love Story Of Gulabjaam Is Just As Delicious As Its Name. Watch Now!