Sonya reveals a shocking truth to Isha about Rajnandini. What is it and how will Isha react? Find out! 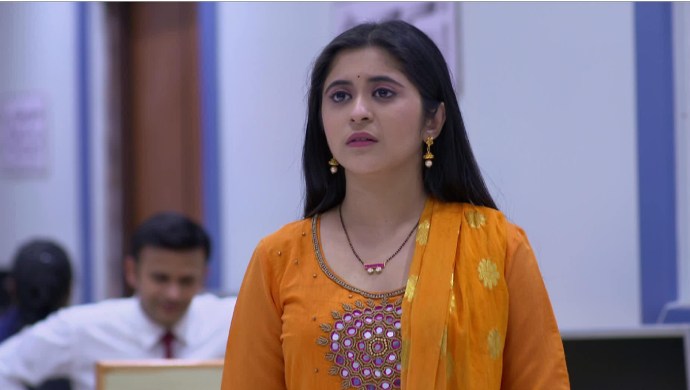 In the last episode of Tula Pahate Re, we saw Sonya being irked with Aaisaheb and Jaydeep, for believing that Isha has a connection to Rajnandini. Aaisaheb seeks help from a Jogwa lady, to find a link between Isha and Rajnandini and is happy when the same is confirmed by the lady. Later, Jhende takes a dig at Isha for not knowing who Vikrant really is and tells the latter, to acquire all the property in his name right away. Meanwhile, Sonya is angry with Jaydeep for his orthodox beliefs and says she finds them ridiculous. He challenges her to prove that Isha isn’t linked to Rajnandini and she agrees.

The episode ends with Isha discovering that the day Rajdeep disappeared , there was a white car parked in front of his house.

In tonight’s episode, we saw Isha visiting Mr Paranjape and asking him to help her. She tells him that she has always had faith in him and knows that he would help her. Isha adds that she is aware that he wants to help but is being asked not to by someone. She asks Mr Paranjape who Gaja Patil is. The latter is hesitant to help her and only reveals that the man locked up in jail isn’t Gaja Patil. Isha asks who the real Gaja Patil is and Paranjape says that the man who is ordered to catch Gaja Patil, is the real one. He walks off and Isha is left confused.

Later, Aaisaheb talks to Mahajan and tells him that she wants to name all property under Isha’s name and orders him to get the paperwork ready. Isha returns home and wonders that if Vikrant is Gaja Patil, then how did he get the Saranjame surname and decides to ask Aaisaheb. She gets startled when Vikrant approaches her and says that she wishes to ask him something. Isha is about to put forth the question when she gets interrupted by Aaisaheb who tells them that she is naming her property after Isha.

Vikrant is secretly happy and Isha tries to stop Aaisaheb from doing so. The latter asks Vikrant for his opinion and he says that Isha can handle the property efficiently and that he has faith in her. He takes her to their room and tells her that though she is scared, they can’t go against Aaisaheb’s wishes. Vikrant brings up the questions that Isha meant to ask him but couldn’t. She lies saying that she simply wished to ask him what he would have for breakfast the next day.

The next morning, Vikrant and Jhende celebrate Isha acquiring the property. Jhende asks when the final transfer will happen and Vikrant assures him that it would take place soon. Jhende asks about Jaydeep’s estate and Vikram says that he too will transfer the same in Isha’s name very soon. And he pompously adds that it won’t take time for him to acquire all the property from Isha and put it under his own name.

Back home, Sonya makes a special green tea for Jaideep and says she is proud of him since he’s not taking pills anymore and is doing better than before. He credits Isha saying that all the positivity in his life, has been brought by her. Isha is about to enter the room and gets happy overhearing this conversation.

But she gets disturbed when she hears them talking about Rajnandini and discussing whether there’s a link between her and the latter. She interrupts their conversation and asks them what they are talking about. Sonya tells her that Jaydeep and Aaisaheb believe that she is Rajnandini’s re-incarnation.

Isha is shocked and asks how could the same be possible. Jaydeep says that she shares many similarities with Rajnandini. Isha gets tensed and wonders whether Aaisaheb is transferring all her property in her name, thinking that she is in fact Rajnandini. She tells Jaydeep the same and he says that it is the main reason. The episode ends on a shocking note when Jaydeep reveals that Aaisaheb is bound to do this since Rajnandini was her only daughter and is baffled knowing that Isha wasn’t aware of the same.

What will happen next? What truth will she discover next about Vikrant? Stay tuned for all the updates!

Catch all the episodes of Tula Pahate Re, streaming free on ZEE5.