In Tula Pahate Re, Isha confesses to her brother-in-law that her feelings for Vikrant are real and she is pregnant with his child. 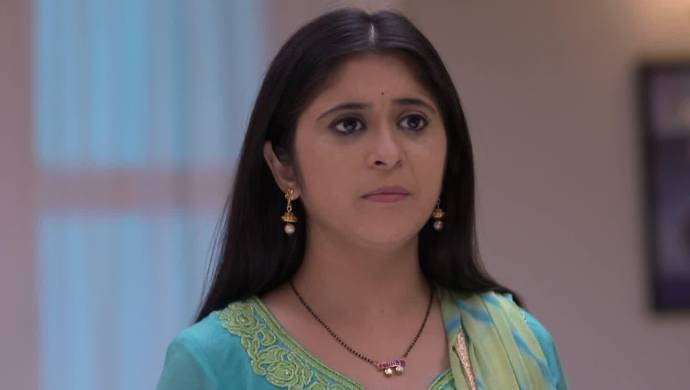 In the recent episode of Tula Pahate Re, Jaydeep is frustrated that they haven’t been able to locate the ambulance in which Vikrant was kidnapped. He suspects Jhende’s hand in this fiasco. Sonya wants to go to the cops but Aaisaheb stops from taking this brash step. During this conversation, Isha enters and she is told of this news. She is furious because of lax of security from Jaydeep’s end.

Aaisaheb is surprised by Isha’s extreme reaction. She thinks Isha is overreacting given they all are against Vikrant. On the other hand, Jhende has brought an unconscious Vikrant to his secret place. He knows Isha will retaliate as he asks his men to keep an eye on the Saranjames. Then, he promises Vikrant to punish Isha for trying to break their friendship.

In her bedroom, Isha is thinking about the things told by her parents. They have sided Vikrant and she can’t stop thinking about it. On the other hand, Mr and Mrs Nimkar are worried about Isha’s health. They want to help their daughter in all the difficulties. Sonya is angry at Jaydeep and Aaisaheb’s behaviour. Isha admits to having feelings for Vikrant in front of Jaydeep. He tells Isha to stop caring about Vikrant who has been anything but nice to them. After hearing this, Isha tells Jaydeep that she is pregnant with Vikrant’s child.