Aaisaheb gets confirmation from the devi. 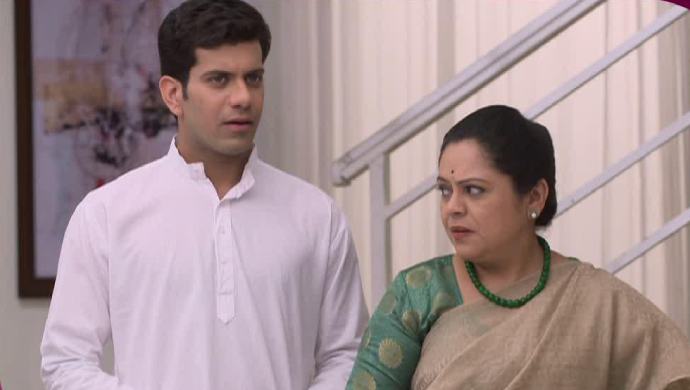 In Tula Pahate Re’s recent episode, Jaydeep shows Rajanandini’s cassette to Aaisaheb. She reminds him that when Jaydeep was small, Rajanandini used to record stories in cassettes so that he could hear it. He suddenly remembers that even Isha has told him the same story. Jaydeep tells this to Aaisaheb. She thinks Isha is only Rajanandini.

Aaisaheb and Jaydeep ask Isha why she narrated Jaydeep that ‘particular’ tale which was narrated by Rajanandini. Then, they both compliment Isha for her cooking skills. Aaisaheb wants to give away all the responsibilities.

The next day, Aaisaheb is seeking help from jogwa lady. She wants to confirm that Isha is only Rajanandini. After asking the devi the answer to her query, Aaisaheb gets a confirmation. She and Jaydeep are happy! Meanwhile, Isha also goes to the jogwa lady. She seems depressed because of the events happening in her life. But, her questions are answered as she sees Rajanandini’s face in a plate full of water. This scares her as she doesn’t know how Rajanandini looks.

In the meantime, check out the superhit Marathi show Phulpakhru streaming free on ZEE5.