Vikrant is angry with his employees for not detecting this fraud a lot sooner. Jhende provokes Vikrant against Isha. 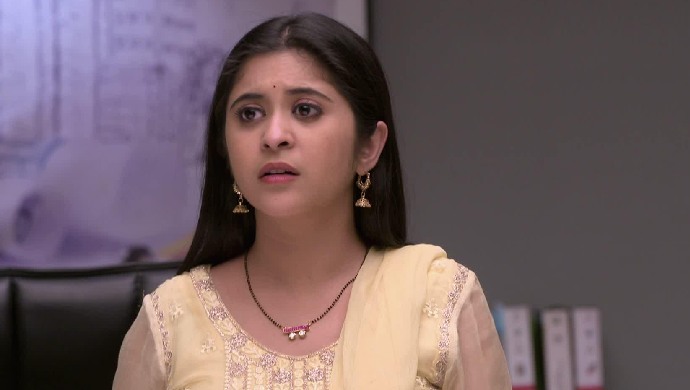 The latest episode of Tula Pahate Re begins with Vikrant supporting Isha’s decision against Rajesh and Sudhir. After that, Vikrant is angry on his employees for not detecting the fraud earlier. He tells them that Isha who has joined six months ago detected the fraud unlike them. He is especially angry on Myra, Jhende, Mihir and Mr Pranjpe. Mihir asks Virkant if Isha is telling the truth about the corrupt person in Saranjame Group of Industries. Isha stands by her allegations about the corruption in the company.

At Nimkars’ house, their refrigerator has stopped working and Isha’s father is repairing it. They remember the time when Vikrant had repaired their fridge. During this, Jaydeep enters the house and asks Isha’s parents to get ready. They are hesitant at first but they do what he asks. Isha tries to calm down an angry Vikrant who is still recoiling from the shock of corruption under his nose. She tells him she isn’t as dumb as he thinks.  She has been researching this every day getting the work at home. Vikrant is impressed by Isha and tells her that he trusts her and is proud of her. But, on the other hand, he is angry that Isha has done this.

Aaisaheb calls Jhende to her cabin. She is not impressed that Isha didn’t solve the problem the way Rajajnandini had by distributing sarees. Aaisaheb tells him that she was testing Isha today if she was really Rajanandini. Aaisaheb’s instincts tell her Isha is her dead daughter-in-law. Jhende asks her to look at the bright side that Isha uncovered a big fraud at the company. She is confused if she should be happy about it. Meanwhile, Jaydeep gets Isha’s parents to the office, then, calls dhol for celebration. Her parents distribute sweets to Myra who is pretty disappointed.

Jaydeep is truly happy about Isha’s achievement and asks Isha to walk into her cabin and take her seat there. She asks approval from everyone, then walks alongside Vikrant to her cabin. Meanwhile, after celebrations are done, Jhende and Vikrant discuss Isha’s actions during the day. Jhende blames her for Aaisaheb not believing that she is Rajanandini. On the other hand, Rajesh and Sudhir decide to talk to their corrupt head and ask him for a solution.

Who do you think is this person? Let us know your thoughts in the comments below.

If you have loved watching this thriller, then Ratris Khel Chale streaming free on ZEE5 is right up your alley.

Tula Pahate Re 5 March 2019 Preview: Isha Knows Vikrant Is The Cause Of Corruption?