In Tula Pahate Re, Isha takes Jaydeep to Vikrant's special room which has Rajanandini's photo in it. 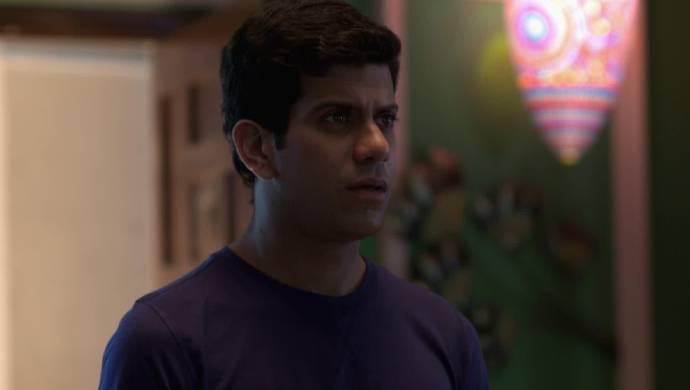 In the recent episode of Tula Pahate Re, Isha’s parents are worried after watching the movie Sonya showed them. They are wondering if Isha is speaking the truth. But, Mr Nimkar believes that their daughter is not lying. In the office, Isha calls Jhende to her cabin. She comes with a cup of tea and as Jhende drinks it, Isha reveals she has mixed Jaydeep’s medicines with it. As Jhende is shocked, Isha asks him how many medicines he added in Jaydeep’s tea but Jhende acts innocent.

Isha calls Jhende by his first name the same way Rajanandini did. He remembers Rajanandini and drops the cup. She then threatens him of worst consequences if he spikes Jaydeep’s tea again. As Jaydeep and Isha reach home, he calls Isha ‘tai’ just by mistake as Sonya stops him. Isha changes the topic and quickly focuses on the developments on the work front. Aaisaheb asks them if Vikrant knows about these changes but Isha says that Vikrant is just the caretaker while Jaydeep is the true heir of the company.

Jhende tries to get in touch with Vikrant but he isn’t answering the phone. Followed by this, Jhende grills his spy and starts wondering if Isha is only Rajanandini. At night, Sonya goes to Mr and Mrs Nimkar to ask them to take care of Isha’s mental health. Meanwhile, Isha takes Jaydeep to Vikrant’s special room and he is stunned.

What do you think will happen in the latest episode? Let us know your thoughts in the comments below.

For more entertainment, check out the funny series Liftman streaming exclusively on ZEE5.