In Tula Pahate Re, Isha tells the cops that Vikrant shot himself accidentally. 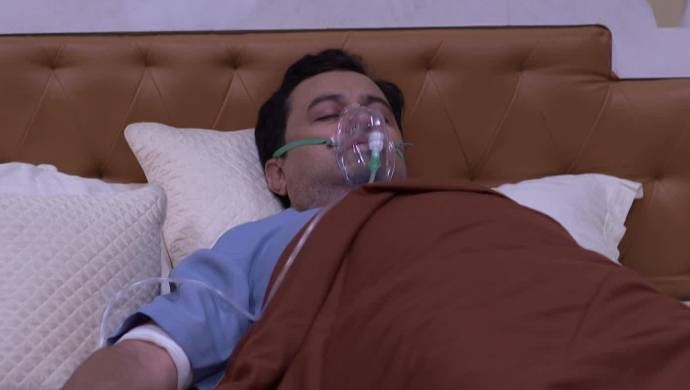 In the recent episode of Tula Pahate Re, Aaisaheb and Mr Nimkar are worried about Isha’s disappearance. Jhende suddenly comes to the temple and goes to the place where Isha is being held. Vikrant gets into a scuffle with them while trying to save Isha. Vikrant is held at gunpoint as Isha is pulled by Jhende’s men. During this incident, Jhende enters as Vikrant holds him by the collar. Jhende tells Isha’s truth but Vikrant sides by Isha.

Aaisaheb calls Jaydeep asking about Vikrant and Isha’s whereabouts as Manda overhears this conversation. From her body language, Jaydeep makes her spill the truth. She gives him a recap of her conversation with Jhende. On the other hand, Jhende has started fighting with Vikrant. They both have a heated discussion and Jhende’s goon shoots Vikrant and runs away. Vikrant’s collapses bleeding as Isha runs to him and starts crying.

Vikrant goes straight into surgery and is in a critical condition. He is taken home as everyone is worried. The cops are called as they inquire about the whole incident. Isha tells them that Vikrant got shot accidentally by his own gun. The cops don’t believe her statement. Meanwhile, Jaydeep doesn’t like Isha lied to the cops as she says she wants to be the one to punish Jhende. Sonya evesdrops this conversation and decides to tell the truth to Mr and Mrs Nimkar.

Tula Pahate Re’s Vikrant Aka Subodh Bhave Is Doing Something Special For Kiddos?

Tula Pahate Re 29 June 2019 Preview: Isha Tells Rupali That She Is Pregnant