Everyone in the Saranjame household feels Isha is very similar to Rajanandini. 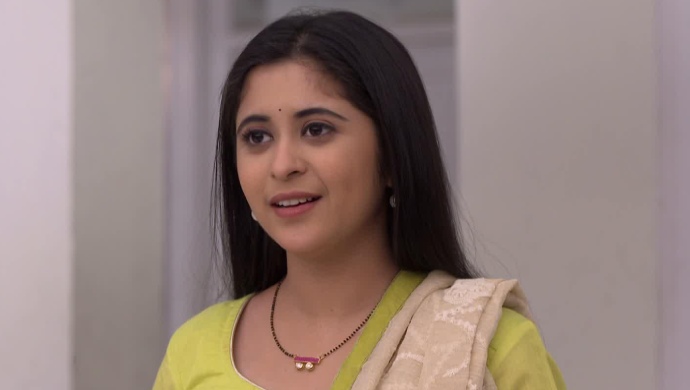 On the latest episode of Tula Pahate Re, we see Vikrant bandaging Isha’s wounds in their bedroom. He suddenly gets up and starts hitting himself with a stick as a punishment for calling Isha ‘Rajanandini’. When he asks Isha to hit him, she refuses. As he continues hitting himself, Isha urges him to stop and hugs Vikrant while crying. Vikrant is seen giving a sly smile.

On the other hand, as Jhende and Aaisaheb talk about the incident that happened. Aaisaheb confesses to Jhende that she sees glimpses of Rajanandini in Isha. She thinks even Vikrant feels the same. Meanwhile, Jhende tries to tell her that Rajanandini and Isha are poles apart, also Isha has grown up in a chawl and Rajanandini was born in a rich household. Jhende shoots down all of Aaisaheb’s arguments but she is still not convinced.

In the bedroom, Isha is still shaken and crying about Vikrant’s wounds as she rubs medicines on it. Vikrant tells her every mistake has to have a punishment. Isha counteracts saying it’s only human to make mistakes. He takes her back to the start of their relationship when he was hesitant to get close to Isha because he had lost Rajanandini once. Finally, Vikrant reveals that he had promised himself to never think and talk about Rajanandini once he married Isha. Now, he broke the promise. As he and Isha both hug and cry, Vikrant gives an evil smile.

In Sonya and Jaydeep’s bedroom, they discuss if Vikrant really misses Rajanandini and Isha’s similarity with her. Jaydeep tells Sonya that something about Isha makes him feel good. It is her warm and friendly nature. Meanwhile, Vikrant and Jhende go on a long drive. During this, he congratulates Vikrant for making everyone almost believe that Isha is the next Rajanandini. Vikrant tells Jhende that Isha should be charge of all the decisions in office. After this discussion, both the men decide to switch off their phones.

Isha wakes up to Vikrant’s absence. She asks Manda, Bobby and Sarjerao Kaka about him. They inform her that he left early morning. At office, a tensed Mihir comes to Myra’s cabin to warn her about the consequences of Isha’s solution to shut down one unit of Rajanandini Sarees. He tells her that the contractor is angry and is constantly calling him up. Since Vikrant’s phone is switched off, Myra decides to let Isha handle the situation as she’s the one responsible for it.

Do you think Isha will manage to handle the situation? Let us know your thoughts in the comments below.