Vikrant reveals details of his past to Esha. But is he telling the truth? 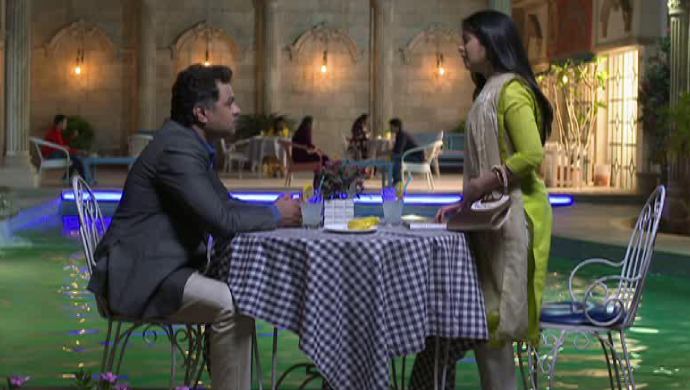 In the last episode of Tula Pahate Re, we saw Isha discovering the book that Aaisaheb was talking about, in Vikrant’s cupboard. This further strengthens her belief that Isha is infact Rajnandini. Meanwhile, Myra is upset with Vikrant’s growing closeness to Isha but is assured by Jhende that the latter will soon be out of Vikrant’s life. Later, Jalinder comes back from the dead, shocking Isha. He reveals that even though Vikrant tried to kill him, the bullets were fake and that’s how he survived. The episode ends with Isha learning that Vikrant is a dangerous person who has been hiding a lot of secrets. In tonight’s episode, we saw Isha meeting Vikrant at the restaurant that he had asked her to come to.  Isha is visibly upset and Vikrant asks her what the matter is. Isha replies saying she’s devastated learning that he hid the fact that he isn’t a Saranjame and that Rajnandini was Aaisaheb’s only daughter.

Vikrant isn’t able to answer her questions which upsets Isha even more and she eventually storms off. Later back home, Vikrant agrees to tell Isha the truth. He starts off by telling her that he was a poor man and didn’t have the blessing of his parents. All he had was a best friend- Vilas Jhende. Vikrant reveals that even though he had a degree, he couldn’t get a job anywhere. He adds that once, he was at Rajnandini’s father’s office, giving an interview for a job, and she was present too. All of a sudden, her father began to feel uneasy and collapsed. Vikrant says he rushed him to the hospital and stayed with him for the entire night. He adds that in order to thank him, Rajnandini offered him a lump sum of money, which offended him. He asked her to keep the money with her and her father thanked him, by giving him a job instead.

Vikrant says he took it as it was a good opportunity. But he says that though he was doing well at the business, Rajnandini wasn’t in agreement with his work ethic as she was insecure and jealous. As a result, she created a second business and involved Jalinder in it. He says she even tried to kick him out of the business and that because of Jalindar, he had to rot in jail for a while. But things looked up when he was released and asked to stay put in Saranjame Industries by Rajnandini’s father. Vikrant reveals that he eventually decided to get him (Vikrant) married to Rajnandini as it was his wish. He adds that though he liked Rajnandini, she did it to make her father happy. But Vikrant says that with time, things got better and the two fell in love.

The episode ends on a shocking note where Vikrant reveals that before dying, she left behind a child. Rajnandini was pregnant!

Do you believe that Vikrant is telling the truth about his past? Stay tuned for all the updates here!

Catch all the episodes of Tula Pahate Re, exclusively on ZEE5.