In Tula Pahate Re, Vikrant and Isha go for a medical checkup. 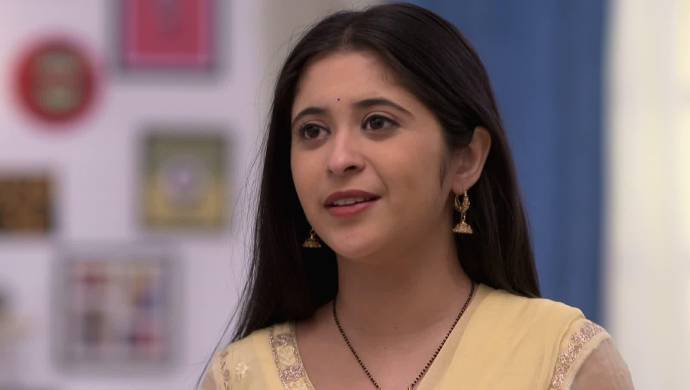 In the recent episode of Tula Pahate Re, Vikrant gets tea for Isha as the latter is pretending to be shaken after yesterday’s incident. Vikrant starts apologising to Isha for Jhende’s behaviour. She acts to be surprised by Jhende’s meanness because she had trusted him with a whole heart. Isha asks Vikrant about Jhende’s whereabouts as the latter gets irritated of Jhende. During this conversation, Aaisaheb comes and reminds Isha of the medical checkup.

Manda is stepping out for grocery shopping as Jhende blocks her way. He snatches her phone and threatens to reveal the truth to Vikrant. At gunpoint, Jhende makes Manda be his spy and report Isha’s whereabouts to him. Meanwhile, Jalinder calls Jaydeep asking him to support Isha as he decides to leave the city. Jaydeep gives him his regards as Sonya overhears this conversation. She comes to know Isha was faking her accident. Sonya is horrified by Isha’s acting.

Isha returns back from the clinic, the doctor doesn’t detect anything urgent. Isha and Aaisaheb are deciding to go to the temple. Manda hears this and tells it to Jhende whose men follow Isha and decide to kill her in the temple. Meanwhile, Vikrant gets a call from the doctor saying Isha is pregnant. He is happy.

Tula Pahate Re 27 June 2019 Preview: A Goon Points A Gun At Isha, Can Vikrant Save Her?