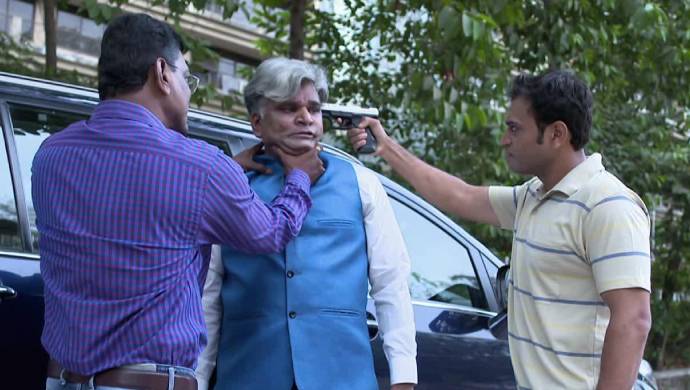 In the recent episode of Tula Pahate Re, Mr and Mrs Nimkar are upset that Isha is committing a with Vikrant. They don’t like that Isha along with everyone else is ganging up against Vikrant. However, Isha says that he needs to be punished as Mr Nimkar thinks that they are no one to decide who needs to punished. Isha stays adamant about her stand while Mr Nimkar says Vikrant is already feeling guilty for his doings in the past. Isha feels Vikrant only apologised to her parents because he came to know she is Rajanandini. Finally, Mr Nimkar says Vikrant deserves another chance.

At night, Isha warns Jalinder that Vikrant and Jhende know the truth. As this phone call is over, Vikrant comes from behind and starts talking softly with Isha. Then, they both confess their love for each other. The following day, Isha, Myra, Jaydeep and Jalinder come together to make a new plan. They want to start by trapping Jhende as the perpetrator of the plan is Jalinder.

Jhende enters Vikrant’s cabin and asks him to shoot Isha the way he took Rajanandini’s life. However, Vikrant is provoked and doesn’t want the things with Isha to end the same way. He tells Jhende that he has confessed his love for Isha to her parents. Vikrant is not ready to retaliate as suggested by Jhende. Finally, Vikrant orders Jhende to finish off Jalinder once and for all.

As Jhende goes to confront Jalinder, the latter holds a gun on Jhende’s head. Then, he clicks a selfie with him. Meanwhile, Vikrant asks Myra why she lied to him about the property papers. So, Myra shows security footage which has captured Jalinder entering Vikrant’s cabin and changing the papers. During this conversation, Vikrant gets a message from Jalinder showing him the selfie he has clicked with Jhende. Vikrant is shocked.