In Tula Pahate Re, Vikrant gets to know that Isha has met Jalinder. 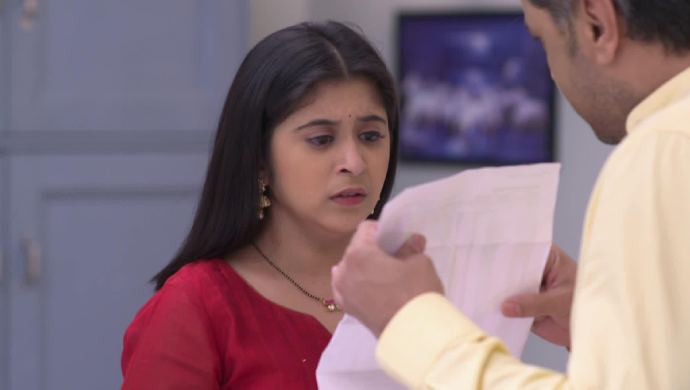 In Tula Pahate Re’s recent episode, Isha and Rupali are in search of Jalinder. He calls Isha telling her Jhende has put her man behind her. They both get alerted and tell Bipin about it. As Jhende reaches near Isha’s home, Bipin wastes his time as she is not at home. Then, he slowly goes home with Mrs Nimkar and realises Isha is there. The man following Isha is fired by Jhende who then proceeds on to checking Isha’s call records. Bipin overhears Jhende’s conversation as Rupali suggests Isha go back to Vikrant’s place.

The next day, Vikrant is leaving for office from Myra’s place. He tells her no one can replace her in his life. Meanwhile, as Aaisaheb is not feeling well in Isha’s absence, she enters home from behind. Isha and Aaisaheb decide to have coffee together. Isha acts normal as she was before and promising Aaisaheb that she won’t go anywhere. She goes to the bedroom and starts thinking about the good and the bad side of Vikrant. She is reminiscing the old days when Vikrant was a  gentleman. On the other hand, Jhende tells Vikrant that Isha has gotten in touch with Jalinder.

Vikrant comes back from office and meets Isha. He is begging her to tell him what mistake he has committed. He asks her why she isn’t talking to him or answering his calls. Vikrant then shows Isha’s call records to prove she is lying to him. He proves that she got in touch with Jalinder.

Tula Pahate Re 24 April 2019 Preview: Vikrant Or Jalinder, Who Will Die?