Tula Pahate Re 22 May 2019 Written Update: Mr Nimkar Wants To Take Isha To A Psychiatrist

In Tula Pahate Re, Isha's parents and her friends are adamant on getting her checked by a psychiatrist. 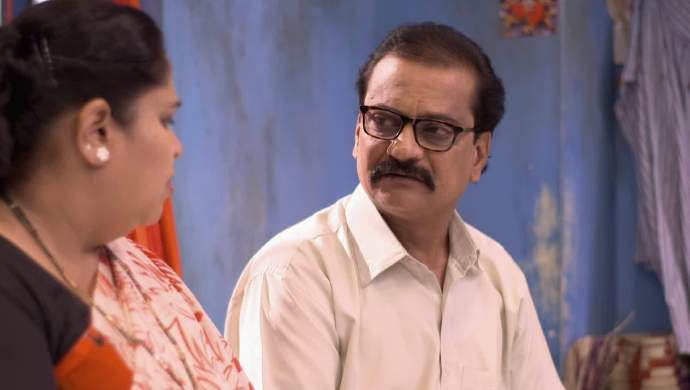 In the recent episode of Tula Pahate Re, Mr Nimkar and Bipin go to a psychiatrist. The doctor says maybe Isha is mixing up the past and the present which is why her mind is confused. The doctor asks them to get Isha to the clinic as this could be an influence from the stories that she has read. Mr Nimkar thinks this would be quite a task given Isha’s reluctance to accept something is wrong with her. Meanwhile, Sonya goes to Isha and Vikrant’s room to search for information which tells what went wrong between them. She finds Rajanandini’s book Tula Pahate Re kept near the bedside.

Bipin asks Rupali to convince Isha to come to the psychiatrist. Mr and Mrs Nimkar tell Isha some anecdotes from her childhood which she doesn’t remember. They both start asking her if she reads mystery books at Vikrant’s house, Isha remembers she read ‘Tula Pahate Re’, but she doesn’t reveal this to her parents. Isha suspects her father is up to something as he is asking her unusual questions. After Isha is gone, Mr Nimkar tells Mrs Nimkar he had visited a psychiatrist for Isha. He discusses their conversation with Mrs Nimkar. Although her mother is against it, Mr Nimkar has decided he is going to take Isha to the doctor.

Sonya gets the book and shows it to Jaydeep who remembers Rajanandini had given it to Aaisaheb. Sonya realises Rajanandini named Vikrant after reading this book as Jaydeep agrees with this notion. However, Sonya thinks Isha’s keen interest in Rajanandini’s life is unhealthy and she suspects something is wrong with Isha. Meanwhile, Jhende’s spy updates him that Rupali and Bipin are taking Isha to a psychiatrist because she isn’t mentally stable.

To enjoy latest blockbusters, check out movies streaming on ZEE5.