Rajesh's cracks and gives Isha the name of his corrupt boss. 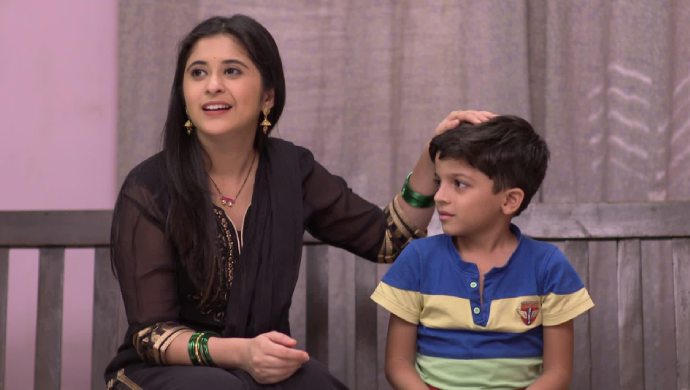 As suggested by Vikrant in the last episode of Tula Pahate Re, Jhende gets colourful scary masks. Vikrant’s plan is to exploit Isha’s fear of colours by hanging these masks in their bedroom. But, as Isha overhears them talking, he asks Jhende to cancel the plan and take these masks back. He feels Isha’s behaviour has become unpredictable and she is uncovering secrets faster than he thought. Jhende tells him that he has sent Rajesh to a secret location Pune so that she wouldn’t get in touch with him.

Isha reaches as Rajesh is hastily moving out of their house along with his family. Meanwhile, at home, Vikrant is searching for Isha. He suspects she has gone to Rajesh’s house, again. Aaisaheb reminds Vikrant that he used to get restless a similar way when Rajanandini used to go missing. He ignores and goes on looking for her. On the other hand, Isha tries to sweetly persuade Rajesh to give up the corrupt man’s name. She shares her parents’ modest family background with them. As she gets up to leave, she gives Rajesh’s son, Sonu some money as a parting gift. Finally, Isha tells that she hopes one day Sonu is proud of his father the way she is of hers.

After reaching home, Isha is sad that she couldn’t get the name. She wants to give up this task but Jaydeep cheers her up by showing the Holi video that he shot. At Rajesh’s home, Jhende shouts at him and asks him to move out fast. Rajesh’s wife is convincing him to give out the details if he knows anything. She tells him the people he is associated with are selfish, while Isha actually cares for the workers. As Isha is thinking about the situation, Rajesh sends a message revealing the name. The person is ‘Gaja Patil’. As Vikrant and Jhende are talking about Isha, she enters the cabin and announces the name of the corrupt boss. They are worried after hearing this.

What do you think will happen? Let us know your thoughts in the comments below.

Have you loved watching Tula Pahate Re? If yes, then check out the superhit show Ratris Khel Chale 2 streaming free on ZEE5.

Happy Phirr Bhag Jayegi Will Cure Your Weekday Like A Boss. Watch Now!

Tula Pahate Re 23 March 2019 Preview: Who Will Save Vikrant From Isha?