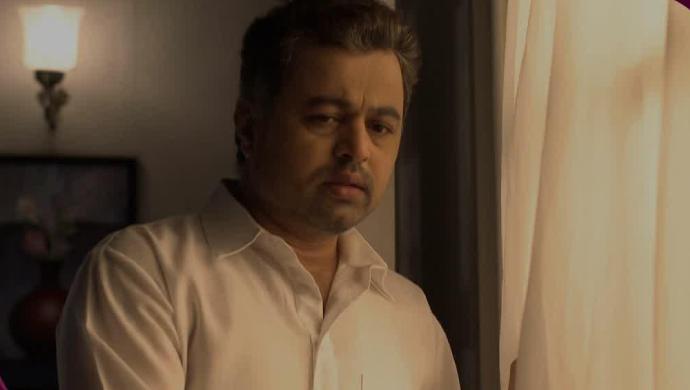 In Tula Pahate Re’s today’s episode, Myra brings an apple for Vikrant who is pleased to be at her place. He starts thanking and flirting with her. Myra shows him the first gift he had given her. She talks about her feelings for him and holds his hand, this makes him uncomfortable. At Nimkars’ place, Isha is sleepless because of Rajanandini’s face.  She starts staring at the drawing and questioning the link between her and Vikrant’s first wife.

Isha doesn’t know whom to ask for answers, finally, she decides to go to Jogwa lady. The next day in the morning, Jaydeep and Sonya are waiting for Aaisaheb to come. Jaydeep gets worried because of her absence as he brings her to the dining table. Aaisaheb confesses because of Isha and Vikrant’s absence she didn’t feel like eating. This angers Sonya as she tells Aaisaheb that she doesn’t value her and Jaydeep.

Isha takes Rupali to Jogwa lady but they are followed by Jhende’s spy. She tells Rupali she needs the answer to her questions. The Jogwa lady is surprised to see Isha but she doesn’t know the answers to her question. She says it’s a part of Isha’s karma that she saw Rajanandini’s picture in the plate full of water. After this failed attempt, Isha decides to meet Jalinder.

As Vikrant and Myra are spending time together, Jhende angrily enters her house. He updates Vikrant that Isha had gone to meet Jalinder. Vikrant is still surprised at Isha’s attempts to uncover his secrets. Jhende keeps poisoning Vikrant against Isha. But, Vikrant is still in disbelief and supports Isha as Jhende has to get a proof for the accusation he is making against Isha. Meanwhile, Myra doesn’t know what is happening between both these men.

What do you think will happen in the following episode? Let us know your thoughts in the comments below.

For more entertainment, check out more such Home Minister streaming free on ZEE5.