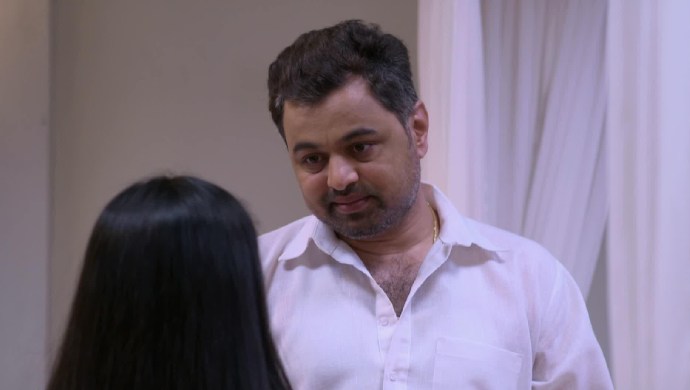 Vikrant comes from behind and applies colour on Isha’s face in the latest episode of Tula Pahate Re. Everyone including Isha is shell-shocked. But, surprisingly, she does the same on his face as they go to play Holi in their vicinity. Their neighbours throw colours on Isha and Vikrant. Meanwhile, at home, Aaisaheb and Mr Nimkar are discussing her fear of colours. Aaisaheb is surprised that she has gone to play Holi after avoiding it for the past two decades. In the following scene, Isha and Vikrant are enjoying the festival while falling in love all over again.

Sonya goes to the kitchen to provoke Mrs Nimkar against Vikrant. Isha’s mom confesses that Isha has really changed after marrying Vikrant. But, Sonya replies saying she can be playing Holi under his pressure. This makes Mrs Nimkar anxious again. Aaisaheb says even Isha has influenced Vikrant’s behaviour as it is after years that he has participated in this festival. While dancing to music, Isha and Vikrant come close again. Jaydeep and Aaisaheb discuss Isha’s similarity to Rajanandini. They are intervened by Sonya and the topic changes.

Isha’s mother is talking to Sonya about Vikrant’s special room. He still hasn’t spoken about that room as Sonya says he isn’t going to reveal it. After they are gone, Mrs Nimkar discusses this with Mr Nimkar. She tells him Isha, who was scared of playing Holi, went to celebrate the festival with Vikrant. She suspecting something wrong with her daughter. Meanwhile, Sonya reveals Mrs Nimkar’s fear to Jaydeep who almost reveals that Isha is only Rajanandini. He, then, swiftly covers it up by changing the topic.

Vikrant is talking to Jhende about Isha’s fear of colours. He wants to exploit it further by getting colourful scary masks and hanging it in front of her. As she enters, he cuts the phone and talks to Isha about having fun with her on Holi. He asks her why she didn’t get angry when he applied colour on her face. Isha replies because of his love for her.

Will Vikrant’s attempts be successful? Let us know your thoughts in the comments below.

If you want to watch Subodh Bhave’s thrillers like this, check out A Rainy Day streaming on ZEE5.

Tula Pahate Re 22 March 2019 Preview: Isha Finds Out The Corrupt Person In The Company