In Tula Pahate Re, Jalinder and Isha meet to collect proofs against Vikrant. 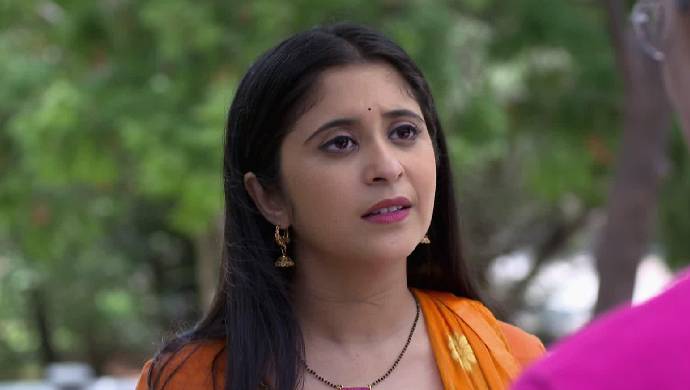 In the recent episode of Tula Pahate Re, Sonya tells Mr and Mrs Nimkar the real plan to trap Vikrant. She tells them Isha has given Vikrant the fake property papers. She has turned Myra towards their side as the latter will make Vikrant sign on them. Sonya starts mocking Isha as Mr Nimkar supports his daughter’s claims. Sonya is worried about Isha and Jaydeep as they could be arrested for the fraud.

As told by Sonya, Vikrant doesn’t check the papers since Myra has already taken a look at them. During this, Jhende calls and Vikrant gives the good news that all the property is going to come to him. Jhende warns Vikrant beforehand about Isha. Meanwhile, Vikrant wants to make himself the power of attorney and steal all the money. He and Jhende decide to celebrate this occasion.

Myra updates Isha about this over the phone conversation as Isha thanks her with genuine respect. Isha’s plan is to collect all the proofs and people against Vikrant to get him arrested for the mistakes that he has committed. Meanwhile, Jhende is thinking about Isha’s link to Rajanandini as he sees Jalinder from the car’s rear view mirror. Jhende informs this to Vikrant as he doesn’t believe him. He asks Vikrant to read the property papers properly but the latter doesn’t listen.

Jhende asks his spy to follow Isha and keep a tap on her and Jalinder’s moves. As predicted, Jalinder and Isha meet as he gives proofs against Vikrant to her. She tells Jalinder her truth.

Tula Pahate Re 22 June 2019 Preview: Vikrant Gets To Know The Property Papers Are Fake?