Everyone in office talks about Vikrant's changed behaviour post-marriage. Mr Paranjpe is quick to take notice of Isha's good work in collating data. 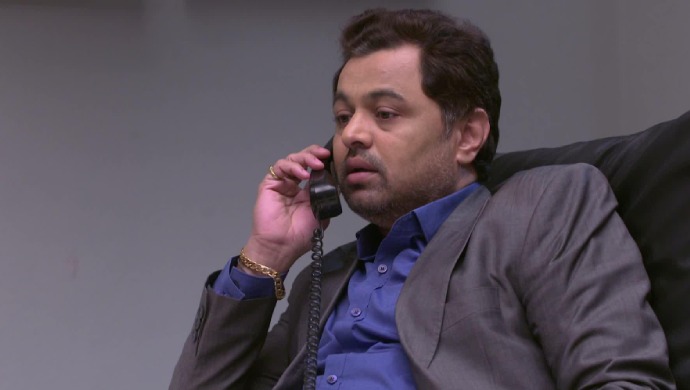 The latest episode of Tula Pahate Re opens with Isha checking old files of Rajanandini Sarees while assuming Vikrant is sleeping deeply. As soon as she leaves the room, he opens his eyes with an evil smirk on his face. However, unknown to Vikrant, she also hands his phone to Aaisaheb so his sleep isn’t interrupted.

As Vikrant is late to office, his employees are quick to note his absence and gossip about this. Jhende who overhears these conversations is quick to dismiss them. He frantically calls on Vikrant’s phone which is answered by Aaisaheb. Finally, after much persuasion, Aaisaheb’s wakes Vikrant and Jhende tells him about the office banter. Not paying heed to it, Vikrant tells him regarding Isha that there are still many twists yet to come.

Vikrant asks Jaydeep about his medicines while having breakfast which is cooked by Isha. The latter expresses his boredom in having these tablets. Meanwhile, as Isha reaches office, Jhende subtly taunts her about Vikrant’s changed behaviour after their marriage. Although Wadkar Madam and Mihir ignore Isha, Mr. Paranjpe is quick to compliment her work in collating the old data of Rajanandini Sarees.

Later, Isha’s attempts of talking to Vikrant after his arrival in office are crushed by Myra who speaks on his behalf. Mr Paranjpe appreciates Isha’s work and compares it to Vikrant’s first wife Rajanandini. But, Vikrant says it isn’t anything extraordinary. Isha and Vikrant’s conversation from their extension is overheard by Mihir, FM (the office boy) and Myra. As Isha says ‘I love you’ to Vikrant thinking he’s angry with her, Myra stops their conversation and calls Isha to her cabin. Meanwhile, in his cabin, Vikrant is seen admitting to himself that his changed behaviour is part of his bigger evil plan.

Do you think Isha will find her happy ending with Vikrant Saranjame? We would love to know your view in the comments below.

If you love watching this, don’t forget to tune into Subodh Bhave’s performance in the superhit film Pushpak Vimaan streaming on ZEE5.