Aaisaheb, Jaydeep accompany Isha to the meeting with Rajesh and Sudhir. She gives them a time frame of 24 hours to stop the Labour Union strike. 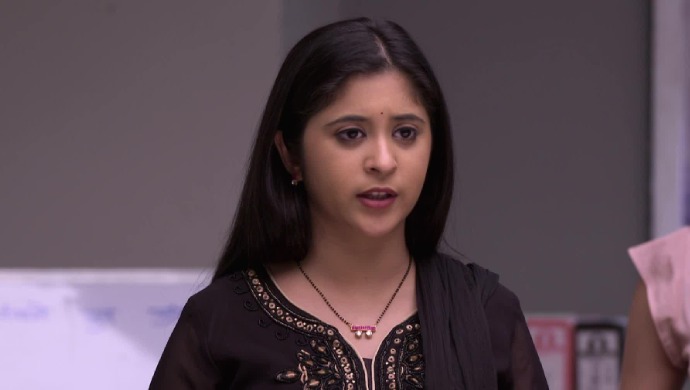 The latest episode of Tula Pahate Re begins with Jaydeep getting the game of Snakes and Ladders to Isha as she is preparing for office. He asks her to not go and wants to play the board game with her. After much protests from Isha’s side, she finally gives in and starts playing the game. During this, she gets an idea to tackle the crisis in the office where the contractors of Labour Union, Rajesh and Sudhir, have gone on a strike.

In the office, Myra and Jhende alert Vikrant about the worsening situation. Calmly, Vikrant tells Jhende to call Isha to the office. Jhende, initially, refuses to do that as he underestimates Isha’s intelligence. Then, Vikrant asks Jhende to call Aaisaheb and alert her about this situation. On the phone call, Jhende briefs Aaisaheb about the crisis and reminds her of the same situation that arose when Rajanandini was there. Aaisaheb tells Jhende about Isha’s nightmares during Aasthami and assures him this strike will be cooled down by Rajanandini. Hearing this, Jhende is in disbelief and orders 100 sarees as instructed by Aaisaheb. Meanwhile, she asks Sarherao Kaka to prepare otya.

On the other hand, Isha convinces Jaydeep to let her go to the office, he agrees to accompany her, too. At work, the strike has already started and the Labour Union is in no mood to negotiate. Finally, Rajesh and Sudhir come to the conference room with Myra, Vikrant and Jhende as Isha and Jaydeep enter followed by Aaisaheb. Nobody interferes waiting for Isha to answer. She accuses Rajesh and Sudhir of corruption. She says she got this idea while playing Snakes and Ladders with Jaydeep. Like in the game, they make small profits which are eaten by a bigger snake.  She, then, threatens to reveal the snake’s name. All the employees are shocked at the fraud that is happening for years in Saranjame Group of Industries.

Then, Isha very cleverly gives a 24 hours to Rajesh and Sudhir to stop the strike. If they don’t abide by the timeline, she says she will reveal the main corrupt person’s name who sits above Rajesh and Sudhir. She concludes saying a strike prevents the labourers from making money and the company also goes into a loss. Finally, Isha throws the ball in their court by asking them to decide.

Do you think Rajesh and Sudhir will abide by Isha’s timeline? Let us know your thoughts in the comments below.

Meanwhile, if you have loved watching this drama, watch the fun family show Gulmohar streaming free on ZEE5.