Tula Pahate Re 19 May 2019 Written Update: Isha Reveals Vikrant’s Truth To Her Parents

In Tula Pahate Re, Isha tells her parents Vikrant's past with Rajanandini along with the murders he has committed. 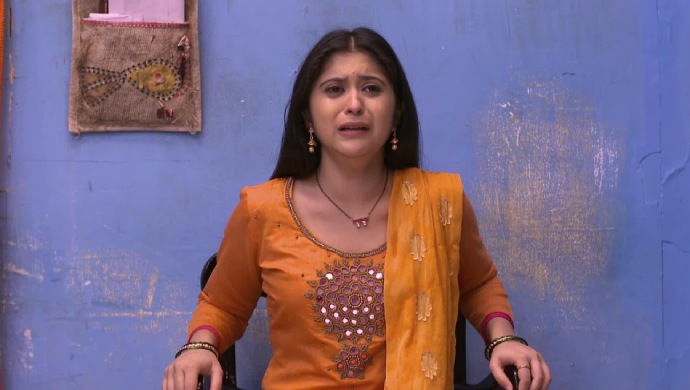 In Tula Pahate Re’s recent episode, Isha reaches her parents’ place. They are worried after looking at her but Isha is too lost to speak. As Isha’s mother is shouting at her for not informing Aaisaheb before coming there, Isha has an emotional outburst. Mr Nimkar tells her that she is ‘Isha Vikrant Saranjame’. Then, she asks what if she was a different person before she got this identity and inquires if a concept of rebirth really exists. Mr and Mrs Nimkar are confused looking at her erratic behaviour but they listen to her.

Isha tells her parents about the fraud in the Saranjame company and reveals the name of Gaja Patil. She says that they all know the real person behind this name and reveals that this name is Vikrant’s identity. She then goes in the past divulging how it all started with Gaja Patil’s name. Isha tells how Vikrant staged Gaja Patil’s fake arrest in front her followed by Aaisaheb falling unconscious after hearing this name. In this chain of events, she realises how she started becoming suspicious of Vikrant’s behaviour.

Isha proves she got to know Vikrant’s real name at the election commission office. After hearing all these proofs, Mrs Nimkar starts getting worried. Following this, Isha continues how Mr Paranjpe and Jalinder disclosed the past of Gaja Patil. Mr and Mrs Nimkar are furious and worried that Vikrant broke their trust. Mrs Nimkar still slightly feels Vikrant is innocent. Then, Isha says Vikrant broke her trust two times. Now, in Isha’s avatar and previously in Rajanandini’s body. She firmly believes she is Rajanandini.

Mr and Mrs Nimkar asks the source of her information. Isha tells them that she dreamed about this after falling unconscious in Vikrant’s special room. Then, Isha’s parents are told about Rajanandini’s life story that was unveiled in Isha’s dreams. Mr Nimkar feels that his daughter isn’t in her right state of mind and asks her to stop talking such vile things. But, Isha leaks Jhende’s hand in Dadasaheb’s murder and Vikrant’s blame on Aaisaheb. Her father is trying to pull her out of her deep thoughts as Isha reveals to them, her and Rajanadini’s connection to Ashtami. Meanwhile, at the office, Vikrant is worried about Isha’s whereabouts. But, Myra informs him that she has reached her parents’ house.

Isha’s parents are confused about trusting Isha because of Vikrant’s prim and proper image. However, they decide to help her out as Vikrant’s connections run deep.

Tula Pahate Re 20 May 2019 Preview: Isha's Parents Unwilling To Send Her To Vikrant