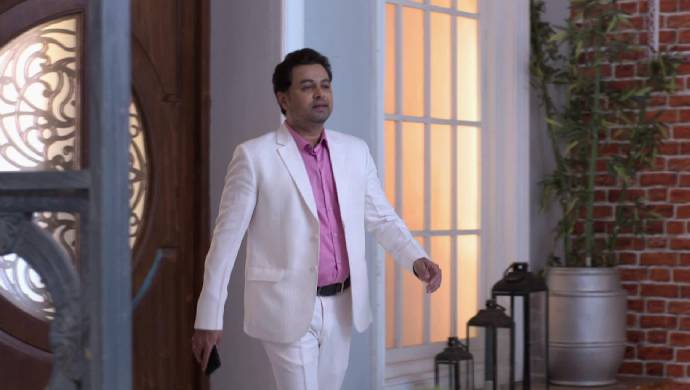 In the latest episode of Tula Pahate Re, Mrs Nimkar is stressed about Vikrant’s special room. Although Mr Nimkar doesn’t think too much about it, Mrs Nimkar is suspicious about the whole matter. At the Saranjame household, Aaisaheb is talking to Guruji over the phone about Isha’s birth date. As Jaydeep comes, she tells him that Isha was born exactly nine months after Rajanandini died. He doesn’t think much about it and laughs at the assumption that Isha is only Rajanandini.

As they are discussing this, Isha hears and asks about whom they are talking about. Aaisaheb changes the topic and tells her to get ready. Isha tells them that she is not fond of playing Holi and never celebrated it since she was a child. As she goes to dress, Aaisaheb and Jaydeep realise Rajanandini used to enjoy the festival of colours. Aaisaheb confesses her heart still believes Isha is only Rajanandini. In her bedroom, Isha finds the saree which Vikrant had hidden from her. She decides to wear it. Meanwhile, Mrs Nimkar’s neighbour tells her about this horror show which made her son fall sick. It had a secret room which the hero used to visit as his first wife had haunted it. Hearing this, Isha’s mother gets tensed and goes home. She can’t stop thinking about it as Mr Nimkar is preparing for Holi.

Co-incidentally, Rupali talks about Vikrant’s special room to Mrs Nimkar. She gets worried. As Isha steps out in the saree, Vikrant screams at her to change it. He creates a scene in front of the Aaisaheb and Jaydeep while making Isha cry. Aaisaheb asks him to apologise and hints that even he is finding similarities between her and Rajanadini. He denies it. On the other hand, Mrs Nimkar calls Sonya to soothe her concerns. She suggests Mrs Nimkar to ask Vikrant in front of everyone the secret of his special room. The latter agrees to it. Meanwhile, Vikrant goes to apologise Isha about his erratic behaviour. She pleads him to not behave in such a way as it scares her. He replies that she should have her own identity and he loves her.

Do you think Vikrant’s behaviour will change? Let us know your thoughts in the comments below.

Have you enjoyed watching this show? Then, check out Subodh Bhave’s superhit film Chintoo 2 streaming on ZEE5.

Tula Pahate Re 20 March 2019 Preview: Will Isha Ever Forgive Vikrant For This Cruel Act?