In Tula Pahate Re, Jhende is furious as Isha and Myra make a fool out of him in front of Vikrant. 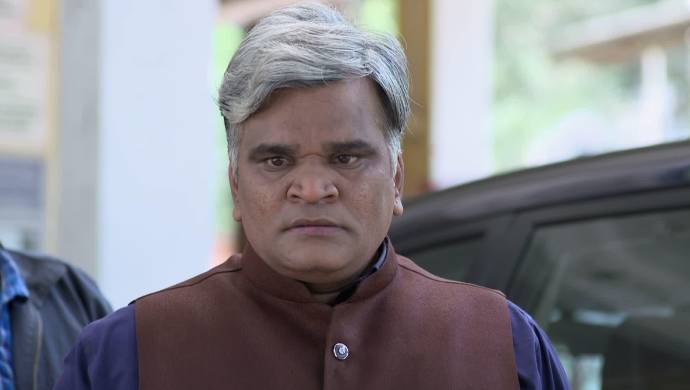 In the recent episode of Tula Pahate Re, Myra and Isha inform the security that everyone who is entering the office needs to be thoroughly frisked. All the pen drives and hard disks should be properly frisked. Meanwhile, Jhende is telling Vikrant that Isha is only Rajanandini but this riles up Vikrant. He underestimates Isha and Myra’s intelligence and doesn’t believe that they could do something evil against him.

Jhende tells Vikrant that he had kidnapped Sarjerao Kaka. He tells that Rajanandini has come in Isha’s form to take revenge on Vikrant. Meanwhile, Jhende’s man comes at the security point with the pen drive. He is stopped there by the watchmen and his bag is brought to Myra and Isha who delete the videos from the pen drive. During this time, Jhende’s man calls Jhende up as Myra sends his bag back down. Then, he goes to Vikrant’s cabin where Jhende and Isha are waiting for him. Vikrant plays the videos from the pen drive and finds nothing.

Jhende gets frustrated and starts fighting with Isha. Vikrant intervenes and screams at Jhende for back answering his wife. Isha pretends to cry for sympathy in front of Vikrant. He assures her that he trusts her as she has never done anything wrong to him. Meanwhile, Sarjerao Kaka is brought home safely.  He confesses that he told Isha’s truth to Jhende.